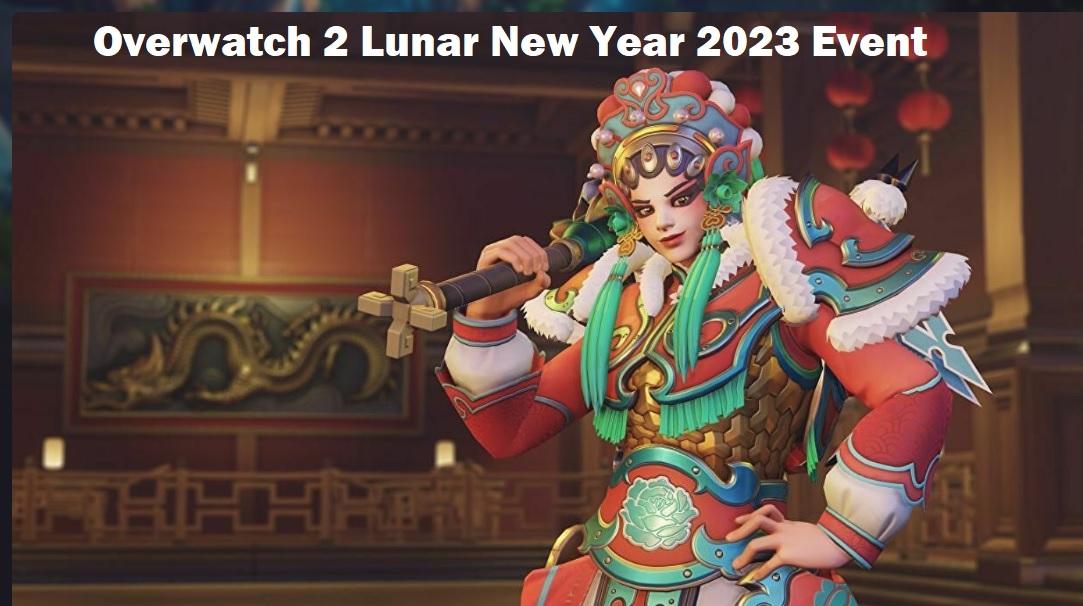 It is beyond doubt that Overwatch 2 is the most popular game in the world. Seasonal Events are the staple for its players that ranges from the Summer Olympics to Winter Wonderland at the end of the year. Now, Overwatch 2 Lunar New Year Event is all set to return to the game this JANUARY. This upcoming event will offer limited-time game modes, event skins, cosmetics, and collectibles. Being an enthusiastic Overwatch 2 player, you must be excited to know when Overwatch 2 Lunar New Year begins.

To mark the start of the Rabbit of the year, Lunar New Year 2023 Event will be going to live soon. It is quite predicted that the upcoming Event will bring several in-game items for the Contestants. However, Blizzard Entertainment does not reveal anything about the Event yet. Thanks to the data miners that dig out numerous cosmetics, skins, and time-limited game modes.

Today in this detailed guide, you will learn Everything about Overwatch 2 Lunar New Year 2023 Event. So keep reading the post till the end.

Overwatch 2 is one of the most popular games that went live three months back and received overwhelming responses from the audience. It is free to play Shooter game that Blizzard Entertainment publishes. Presently, the game is available on multiple platforms that include- PlayStation 5, PlayStation 4, Xbox Series X|S, Xbox One, Nintendo Switch, and PC. Overwatch 2 is a sequel to the Original Overwatch game that offers six Annual Events, and the Lunar New Year Event is one of them.

Well, here is everything you need to know about the Most Anticipated Event of the year:

According to the roadmap revealed at the start of Overwatch 2 Season 2, Lunar New Year Event will launch on January 17, 2023. Possibly, it will overlap with the ongoing Olympus Event that will conclude on January 19.

From January 17 to February 6, the players have a great time participating in the event and getting their hands on freebies. During this event, there are expectations that players will get to limited-time offer to grab character items from the previous Event.

One thing is pretty sure at this New Year Event; Many skins are returning that are very popular in the previous Events. These skins include Skins for Mei, Tracer, Orisa, and more. During the Event, players can purchase these skins from the Shop section of the game. Besides this, The upcoming event will also bring brand-new Skins to the game.

Not much information regarding the upcoming Event’s Rewards is out yet. However, we got important information about the rewards we wanted to share with our readers.

Naeri-X reveals that players will get the chance to earn Rabbit Spray, Lucky bag Weapon Charm, and Red Envelope Souvenir in the upcoming event. According to him, players need to complete Event-specific challenges to earn these items.

and 2 New Korea skins will be released at the Year of the Rabbit event!

In the upcoming Event, players will get a fair chance to collect Moira Lion Roars Pose and Legendary Moira Mask Dancer through their Twitch drops. Both these items will be available from January 12 to January 26.

How to grab these items?

Players need to link their Blizzard Account with Twitch to achieve these items. After that, players must watch six hours of Twitch Streaming in the Overwatch Category to get the Legendary Moira Mask Dancer skin. Similarly, to achieve Moira Lion Roars Pose, you must spend 2 hours on Twitch Streaming.

The overwatch 2 Season 2 trailer reveals that there will be two in-game Skins during the Event. However, no information about how to grab these skins has been shared yet. It is predicted that players will be able to get the Legendary Kkachi Echo skin by completing certain challenges during the Event. Whereas, Epic Hu Tou Mao Mei skin can be available in the Shop section to purchase.

Lunar New Year Event will bring three new modes to the game. The predicted limited-time modes to return are:

As the name suggests, a team of two players will work together to capture another team’s flag. If the players who succeeded in capturing the flag were killed, then any member of both teams could claim the flag by standing over it for 2.5 seconds.

Well, that’s everything about Overwatch 2 Lunar New Year Event 2023. The event will be going to live on January 17. During this Event, lots of Skins, cosmetics, and game modes will be available for the players to grab. There is not much information available as Blizzard does not yet reveal the event. Chances that the players have more Cosmetic items in the year of Rabbit.

See also  These 1,000-piece jigsaws are a game, a story, and a puzzle all in one

I hope you will find this post informative and Interesting. If yes, do appreciate us by sharing the post with your friends.