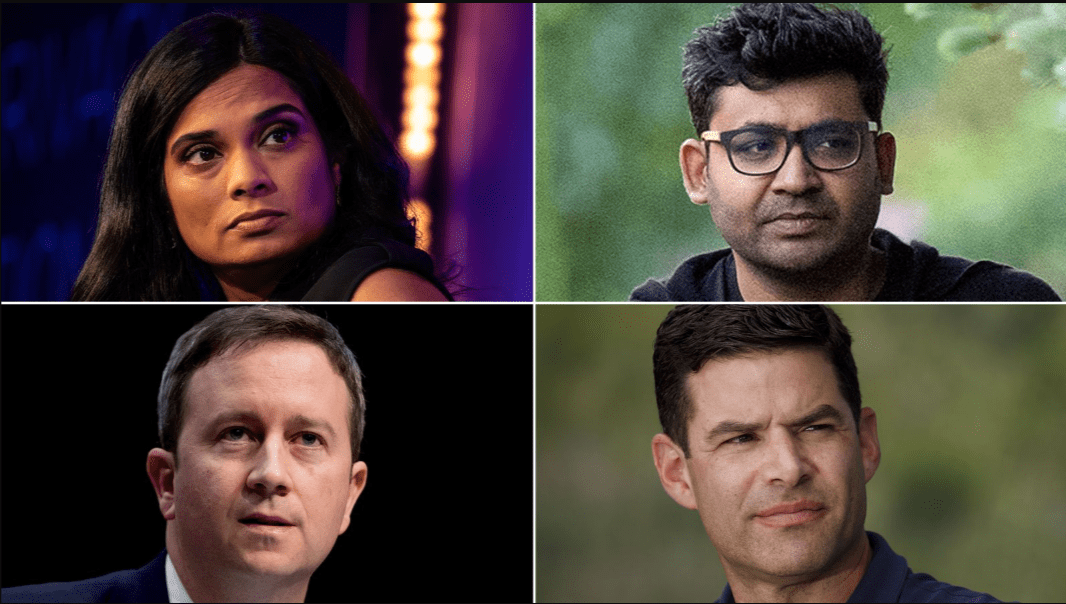 Ned Segal, Vijaya Gadde, and Parag Agrawal have all affirmed that they are no longer in charge of important positions at Twitter. Despite the fact that their departure from the company was inevitable, no formal announcement had yet been made.

The current Twitter bio for former CEO Agrawal reads, “device follows @vintweeta [wish wife],” while the Twitter bio for former policy chief Gadde reads, “Board of @GuardantHealth [Guardant Health], @planet [Planet], and @mercycorps [Mercy Corps].” Even while his biography makes clear that he’s still a lover of Twitter, only former CTO Segal has made it official that he’s not connected to the firm.

Several stories said that Agrawal, Gadde, and Segal were let go from the business immediately following Elon Musk’s official takeover of Twitter last week. According to a number of sources and Twitter’s own SEC filing, the group is qualified to earn a sizable sum of money as severance.

For instance, the July SEC filing reveals that Gadde is qualified to get $54.7 million while Agrawal would receive around $67 million (roughly Rs 552 crore) (roughly Rs 450 crore). This totals about $120 million (around Rs 1000 crore).

Elon Musk, the CEO of Tesla, finalised a $44 billion agreement to acquire Twitter last week and promptly fired top executives like Parag Agrawal, the CEO, and Vijaya Gadde. Parag Agrawal and Vijaya Gadde, the former leaders of Twitter, are reportedly eligible for a hefty reward under the “golden parachute” system. Both of the company’s top executives will receive $122 million after being let go by the new owner, according to court documents.

According to Investopedia, a “golden parachute” refers to significant compensation offered to top executives in the event that their company is acquired by another company and they lose their jobs as a result. Golden parachutes, sometimes known as poison pills, are contracts with key executives that can be used as a sort of anti-takeover tool by a company to deter an unwanted takeover effort. Stock options, cash incentives, and sizable severance money are possible perks.

Parag Agrawal, who is he?

Following Jack Dorsey’s resignation as CEO of Twitter in November 2021, Agrawal was appointed to the coveted position. Agrawal, who is now 38, gained notoriety for being the S&P 500 company’s youngest CEO. He was also one of the few CEOs of US-based technology companies of Indian descent.

Maharashtra is where Agrawal was born. His father worked in the atomic energy industry, while his mother was a teacher. He received his high school diploma from Mumbai’s Atomic Energy Central School before completing his B Tech at IIT Bombay in 2005. He relocated to the US to attend Stanford University in California, and while obtaining his PhD in computer science at Stanford, he joined Twitter in 2011.

Vijaya Gadde, who is she?

Another important social media firm executive of Indian descent was Vijaya Gadde. While she was just three years old when she migrated to the US, she was born in Hyderabad. The Cornell University graduate in industrial and labour relations went on to study law at New York University. She, like Agrawal, joined Twitter in 2011 after serving as a senior director in Juniper Networks’ legal division.

She was in charge of the business’s trust, safety, and legal and governmental policies. Simply said, her staff chose to moderate information on the platform. Gadde, 48, frequently addressed delicate problems on the platform, such as threatening remarks and abuse. Her performance in that capacity was frequently controversial.

The two instances—deleting former US President Donald Trump’s account and preventing the publication of a New York Post article about current US President Joe Biden’s son, Hunter Biden, in 2020—for which she drew the most criticism. One of several people who criticised the later action was Musk.

Ned Segal, who is he?

For more than five years, CFO Segal worked for Twitter. Prior to joining Twitter in 2017, the Georgetown University alumnus held positions as Senior Vice President of Finance for Intuit’s Small Business Group and Managing Director and Head of Global Software Investment Banking at Goldman Sachs. He serves on the board of Beyond Meat, a company that produces plant-based meat.

Segal’s contract contains a “change in control” clause that will result in a payment of $25.4 million. Together with his wife and three kids, he resides in San Francisco.

Segal expressed his gratitude for the chance to work with such a remarkable group of people at Twitter in a post.