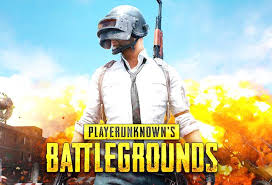 After the relaunch news update from PUBG, we bring to you another thrilling update from the company. The company is likely to re enter the Indian market in the first week of December with some standard changes in the game supporting the Indian values and ethics.

For the first time readers, PUBG India was registered as a company on November 21, 2020 in Bengaluru, Karnataka, with a paid-up capital of Rs 5 lakh and authorised capital of Rs 15 lakh, says a screenshot posted by LiquipediaMemphiz on Instagram.

Further in the posts, the directors have also been mentioned namely, Kumar Krishnan Aiyer and Hyunil Sohn. Aiyer holds active directorship in 10 companies, including Spotify and AccuWeather, while Sohn is head of corporate development at Krafton/PUBG Corporation.

The millions of fans who are eagerly waiting for the relaunch of the game are in a little relief after the registration of the royal battle ground game – PUBG.

Several reports claim that PUBG Mobile India will officially be released in December first week but PUBG Corporation is yet to make any official announcement in this regard. No official launch date has been released by the company officials as yet.

Earlier, PUBG Corporation had announced its plan to invest USD 100 million into a new company to serve the Indian subsidiary of the PUBG Corporation.  The company has also decided to be a solo player in the country.

Keep visiting for the latest updates on your favorite game

Don’t forget to drop in your suggestions and views in the comment section below!