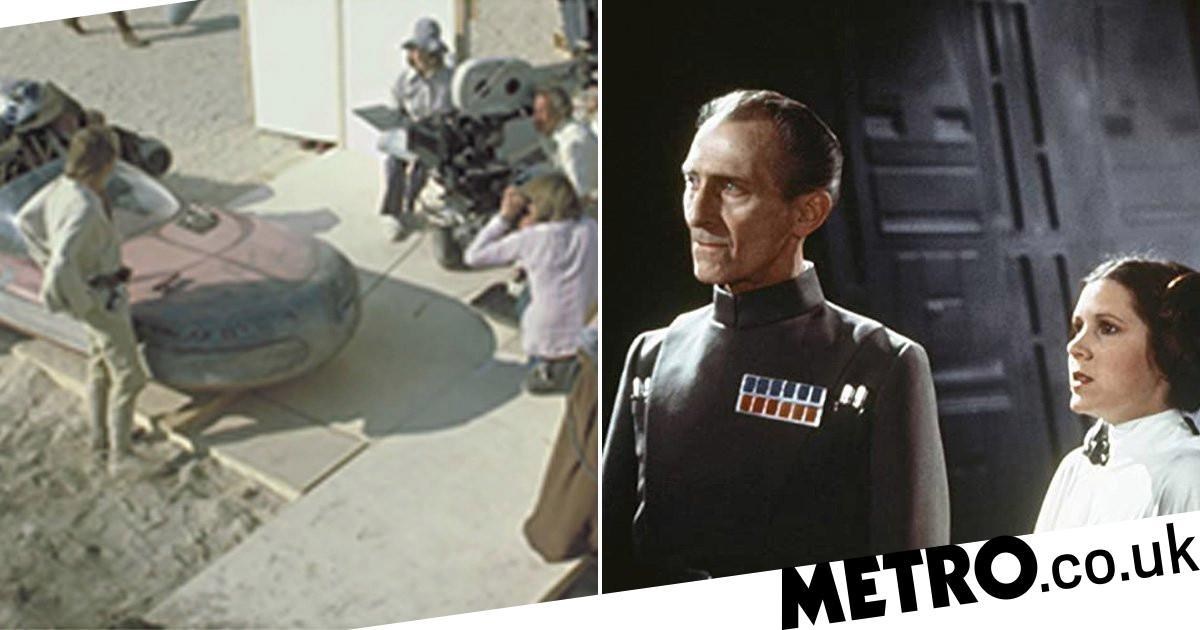 The Association of Motion Picture Sound tweeted: ‘Sadly, Ken Nightingall passed away last night. Ken was a boom operator, he worked on multiple #Bond films and was the famous “pink shorts” boom op on original #StarWars.

‘Other credits include Alfie, Funeral in Berlin, The Boys from Brazil and Supergirl. He was a legend!’

Nightingall worked on Star Wars: A New Hope and was known by fans as ‘pink shorts boom guy’ after he appeared in a 1976 behind-the-scenes image from the movie dressed in striking pink shorts while filming in the Tunisian desert which served as Tatooine, Luke Skywalker’s home planet.

He one of 100 British members of the crew working to bring the film to life.

Over the years fans of the franchise have paid homage to Nightingall by cosplaying as him – tiny shorts and all -at various events.

Nightingall was well aware of his popularity in the fandom, telling ABC News last year: ‘I think it’s very nice. They seem to like it. Good for them.’

He added that the reason for his wardrobe choice that day was because it was ‘very, very hot’.

There are over 40 movie and TV show credits to his name including Lost In Space and James Bond movies including Octopussy, A View To A Kill and For Your Eyes Only.

MORE: Stacey Solomon ‘upset’ seeing son Rex grow up ahead of his first birthday in lockdown