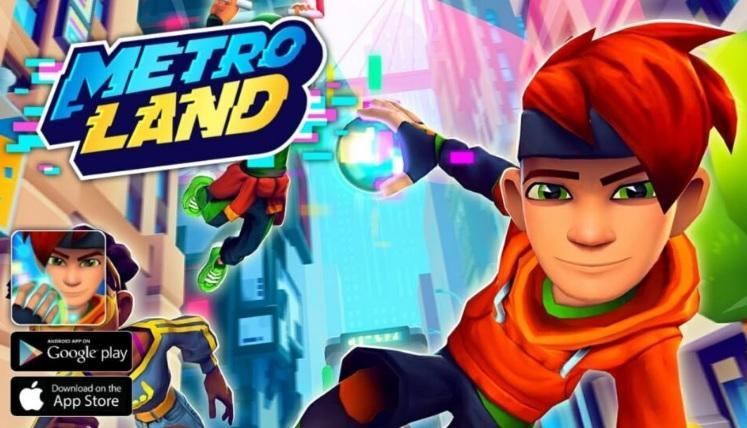 Kiloo, the co-developer, and publisher of the massively successful Subway Surfers has exclusively launched its new game Metroland on the Huawei AppGallery. The game is quite similar to Subway Surfers as it is an endless runner game. The gameplay takes place across a number of cities and includes seven different areas that unlock as progress is made. However, this new game comes with fresh designs, improved gameplay, and has new meta elements for a wider variety of user profiles.

The game is already available to download from AppGallery on your Huawei device – or any other Android, but a user has to first install AppGallery on it. The game “challenges players to become non-conforming, young and energetic explorers, dashing, dodging, and even using parkour to outrun the evil MegaCorp guards”, says the official press release we got. You can play for a few minutes or several hours, at whatever pace best suits you.

On the release of Metroland on the AppGallery, Dr. Jaime Gonzalo, VP of Huawei Mobile Services states “Games can be longer or shorter, easier or harder, cartoonish or realistic. But ultimately what separates good games from the great ones is their level of fun. It aims to illustrate busy, modern city life with an emphasis on momentum, speed, and excitement. We are extremely please to offer to all AppGallery users across all Android smartphones, the next generation of endless runners, from the hands of those who hold the crown in that genre, the outstanding Kiloo team.”

The game is available in two languages: Chinese and English. In addition to Chinese, it’s also available in Korean. If you are interested and you own a Huawei phone, just go to AppGallery and search for MetroLand. If you have another Android device, you can install AppGallery from the official website.

Google Chrome Gets a New Logo After 8 Years; Check out the New Logo Here!