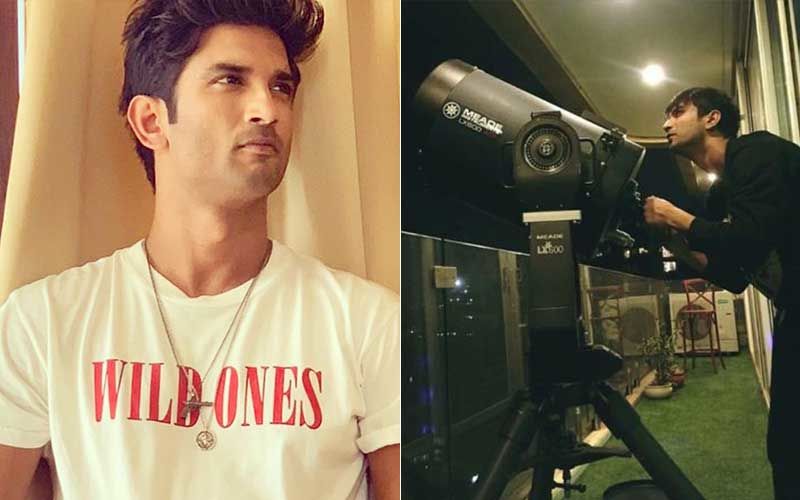 Bollywood actor Sushant Singh Rajput’s sudden and untimely death has left all his family, friends, and fans in a shock. The actor died on June 14 due to suicide. While fans miss the actor dearly, saddened by Sushant’s death, many social media users are digging out old videos of the actor, remembering him. As Sushant’s fascination towards space, stars, universe and quantum physics was very evident through his social media, an old video of the actor talking about stars and the universe will break your heart as he quite excitedly shared his knowledge in the throwback video.
In a video shared by BiscootTV on YouTube, Sushant Singh Rajput is seen explaining to his friend about stars and the universe. The video features Sushant sitting along with his friend on a roof-top and explaining how he plans to show everyone some stars. Sharing the process of watching the stars on the big screen, the actor says, “Telescope se lagaenge camera pe, camera se lagaenge laptop main, laptop se transfer karenge TV pe, aur phir bade se projector pe.”
Moving forward in the video, as Sushant explains how he is all set to connect his telescope to his camera, then the laptop, then the TV and finally, watch it on the projector, he goes on to share that he will then connect a spectrometer to understand what’s going on in space and around the stars that are around 10,000 light-years from the Earth. The actor then explains to his curious friend how the process will help them understand what’s happening around the star in the past continuous tense.
Meanwhile, towards the end of the video, as Sushant Singh Rajput explained the process with too much enthusiasm, his excitement proved how much he loved watching, studying, and understanding the stars, solar system, and the universe.
Related Topics: