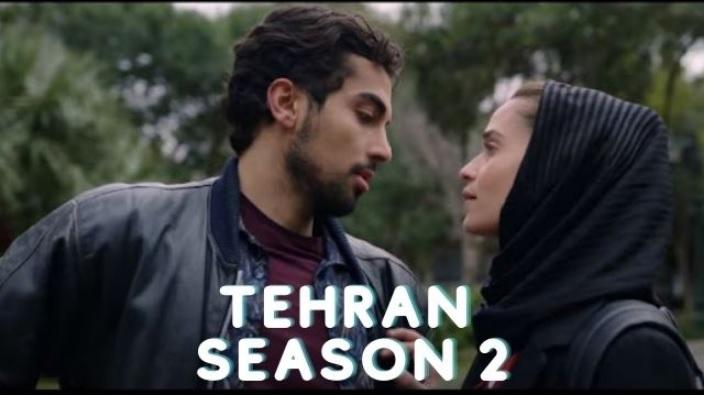 Tehran, an Israeli television program is a spy thriller drama. Kan 11, Cineflix, and Apple TV+ collaborated on the production of the series. Moshe Zonder, who also developed the popular Netflix series Fauda, is the creator of this show.

This show is based on the international war that exists between the countries of Iran and Israel at the time of its production. Espionage is explored in this film, with a particular emphasis on the Israeli-Iranian conflict as a central theme.

“Tehran,” tells the thrilling story of a Mossad agent who goes deep undercover on a dangerous mission in Tehran that places her and everyone around her in dire jeopardy.  Apple TV+ unveils the teaser trailer for Season 2, demonstrating why you should watch.

The first season of The Handmaid’s Tale broadcast on Hulu is now available for streaming. Season 2 will be aired on Hulu in the United States, while it will be streamed worldwide by Apple Originals. Kan 10 will show the second season of Tehran, which has already started airing.

The complete first season of “Tehran” is now streaming on Apple TV+.

The series has already received overwhelmingly positive reviews from both critics and fans.

The first two episodes of the second season will debut globally on Friday, May 6 on Apple TV+, followed by new episodes every Friday during its eight-episode season through June 17. Watch the new trailer below.

The series is created by Moshe Zonder, Dana Eden, and Maor Kohn, and directed by Daniel Syrkin.

Omri Shenhar serves as a writer alongside Zonder. Syrkin and Shenhar are also co-creators.

What is the Plot of Tehran Season 2? What does Will happen?

The series is primarily around a Mossad agent who goes on an undercover mission in Tehran, Iran’s capital city, and uncovers a conspiracy.

Assigned with infiltrating an electric firm in order to cut off power to Iranian air defenses, Tamar, an Israeli operative and computer hacker who was born in Iran but reared in Israel, is tasked with this mission. As a result, an Israeli airstrike against Iran’s nuclear power plant will go unnoticed.

The mission goes horribly wrong, and the team is forces to race against the clock to complete it. Fazer becomes aware of Tamar’s relationship with Zhila and begins an investigation.

With the conclusion of Season 1, many issues are still unresolve. Faraz Kamali ( Shaun Toub ) is still a mystery, as the last time we saw him, he was bleeding to death. What will become of Navid and his wife Nihad, who is still a prisoner of Mossad agents? What will they do to Nihad now that the plan has backfired?

Meanwhile, in the distance, Milad and Tamar departed on their own. Will they get the happy ending that is their due, or will more hell break out as Iran shoots down Israeli planes in retaliation? Hopefully, the main storyline of Tehran- Season 2 will be about the unanswered question from Season 1.

The following is a list of cast members for the upcoming second season of Tehran.

Related: Flack Season 3 Release Date, Trailer & Everything We Know in 2022