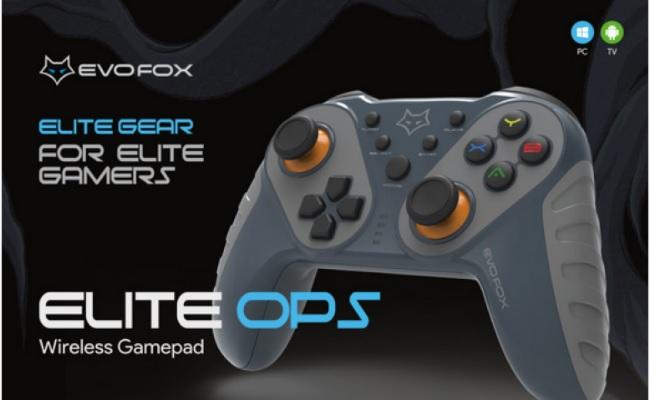 Gone are the days when people rely on FireTV and Google Chromecast to play content and bringing web streaming onto the television meant buying an Android box. In India, Amkette evolved as one of the best equipment that took over all the previous gadgets. Today, the EvoTV is known as one of the affordable gaming devices called the EvoFox Game Box 2022. It includes a gamepad and remote air control, and can also be used as an intelligent box for your TV.

The EvoFox Game Box is itself a complete kit for gamers. This kit arrives with the Android smart box that comes preloaded with a lot of games. It also provides you access to the Google Play store which will be helpful if you want to add more games. This also means you can download any app you want from Netflix to Vimeo, depending on what you want to do on your large screen

The only downside is that entering account IDs and passwords is still a task. You may need to add a keyboard for heavy use.

Specifications of The EvoFox Game Box

Powered by a 64-bit quad-core processor, the Game Box has a dedicated 3D graphics processor, 4GB of RAM, and 32GB of internal storage. Of course, you can connect to your network via WiFi, but there is also an RJ45 port on the back if you have a nearby modem.

Then there’s an HDMI port connecting to a TV and two USB-A ports that can be used for remote control or wireless gamepad. Ideally, I would have liked another USB port for the remote control and the gamepad. There is a pink LED light on the front, which is a nice touch and looks very much like a gaming console.

See also  Netflix’s ‘Never Have I Ever’ From Mindy Kaling: TV Review – Variety

Only the sign-in process is tough and tedious. Once you sign in with your Google account, EvoFox Game Box is very easy to use like any Android product. Interestingly, Google sign-in isn’t mandatory as that comes preloaded with many games. The interface of the game is pretty impressive and is easy to use and requires no learning.

It arrives with many popular preloaded games that include some popular ones like Badlands and Daytona racing. It has everything from 3D 360-degree analog joysticks to a turbo button and pressure-sensitive action buttons.

The EvoFox Elite Ops Wireless Gamepad works with all platforms that can take the USB dongle.

Along with the games, EvoFox Game Box also comes preloaded with OTT apps like Hotstar and Sony Liv and lets you access your saved media files with the Kodi app. And all of these work really well without any lag and you can use Bluetooth to set up a soundbar that literally ups the game.