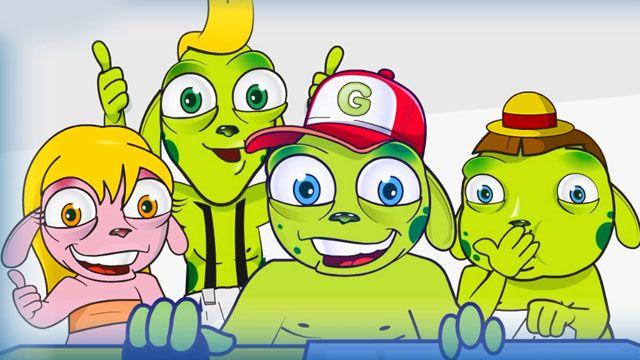 Most popular games are related to violence. Titles, like CS:GO and Cyberpunk 2077, involve blood and death. But what if you want something less stressful? Then try slots with online casino promotions or pick one of the following games.

In Alba: A Wildlife Adventure, you will find yourself on a Mediterranean island. Ahead of you, there is a summer vacation in the company of caring grandparents.

The island is a paradise for nature lovers. The only thing is that for some reason there is more trash on the coast and in the forest than usual, and the mayor is planning to build a hotel on the spot of the nature reserve.

Your job is to take pictures of animals and birds and pick up litter along the way. Eventually your conservation organization will grow and you will save the island from another faceless high-rise.

Sky: Children of the Light is a tranquil game with flights among the clouds and jogs through more often, in the rain. It is distributed on a free-to-play model.

Sky: Children of the Light inherited the gameplay elements of Journey (2012). However, the world is not shared by two players, but several. You can walk around with other users, holding hands, and hand out gifts, strengthening friendships.

Although Sky: Children of the Light refers to the “sandbox”, there is no violence here. Thanks to clear controls and unpretentious tasks the game can be mastered by anyone.

Gibbon: Beyond the Trees tells the story of a family of gibbons traveling in search of a new home. With them, you’ll ride through the jungles of Southeast Asia on the arm.

On the arms – because gibbons move along the branches of trees only with the front limbs. They are longer than their hind limbs. This particular way of moving is called brachiation.

Gibbon: Beyond the Trees looks great. The ideas in it are not empty, too: you will see what leads to excessive deforestation of the jungle and global climate change. On iOS, by the way, the control is well adapted to the touch screen, so you won’t experience discomfort. The story in Gibbon: Beyond the Trees is short, but then you can continue to play in randomly generated levels.

Monument Valley is a leisurely puzzle game. The puzzles are built around monuments – impossible figures like Penrose’s triangle and just strange objects. To solve them, you must often look at the screen from a different angle so that the geometric illusion adds up to a believable picture.

In line with the measured gameplay and minimalistic graphics. It is neat and contributes to immersion in the world of the game.

Beyond Blue is an educational adventure. Attracted by the theme of marine life, like Abzu and Subnautica? You’ve come to the right place.

Beyond Blue is inspired by the BBC documentary series. Famous scenes from it are recreated in the game, plus BBC Studios footage is available for viewing.

In the story, a scientist named Mirai explores the ocean from the surface to the depths. She is equally interested in whales, turtles, sperm whales, jellyfish, and killer whales. She systematizes the results at an underwater base. It’s not out of the question that you’ll be living there for a long time, too.