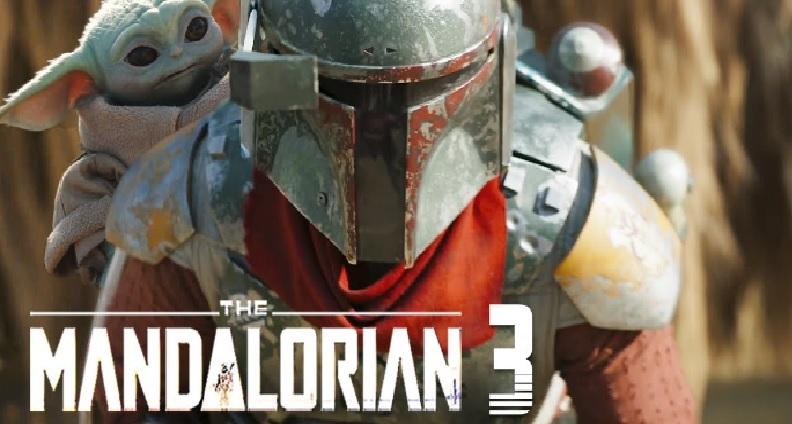 The adventures of the Mandalorian and Grogu will resume in February 2023, when Disney+ releases Season 3 of its flagship live-action Star Wars series.

The premiere timetable was announced on Thursday afternoon as part of the Star Wars Celebration 2022’s Lucasfilm Studio Showcase.

The EPs also brought out onstage Katee Sackhoff, saying she is returning to the series in the pivotal role of Bo-Katan Kryze after playing the Mandalore icon during Season 2.

The room at the Anaheim Convention Center also got to see a teaser for Season 3.

Favreau and Dave Filoni worked on Season 3 during the pandemic, while the company has been revving up other Star Wars series around it including The Book of Boba Fett and Obi-Wan Kenobi which hits the streamer Friday.

After the action-packed second season left off with Grogu (aka Baby Yoda) getting unexpectedly whisked away in a surprise cameo by Luke Skywalker and R2-D2 to complete his Jedi training, Mando was unexpectedly free to do his own thing — though it won’t be all smooth sailing after he won the Darksaber. Grogu and Mando were reunited in The Book of Boba Fett, jetting off in a cool new ship.

Star Wars Celebration is a convention solely devoted to a galaxy far, far away. It’s been running since 1999 when it hyped up prequel trilogy opener The Phantom Menace. This year’s gathering runs from Thursday, May 26 to Sunday, May 29 in Anaheim, California. It’s the first Celebration since 2019, with the planned 2020 convention having been canceled due to the pandemic.

Germain Lussier at Gizmodo was in the audience and has a brilliant write-up of what he saw, which you should definitely go read. So my editors don’t kill me for sending you to another site, here’s a rundown of the big plot points:

‘The Lord of the Rings: Gollum’ launches on PC and consoles in September
A Horizon Zero Dawn TV series is on the way from Sony and Netflix
Related Topics:The Mandalorian Season 3