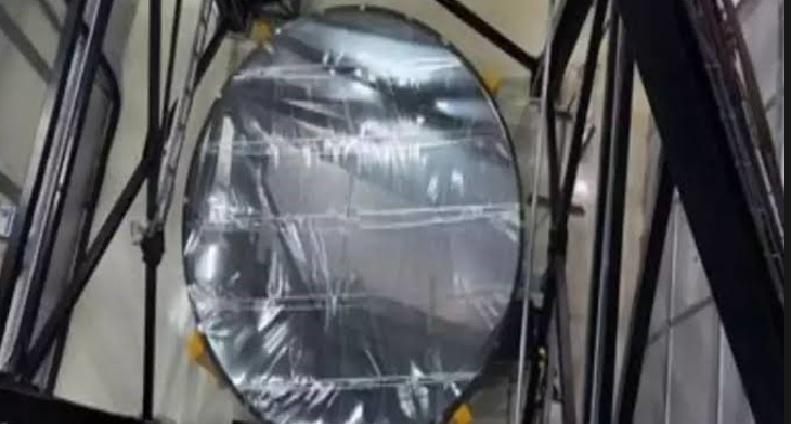 It has been made by India with the help of astronomers from Belgium and Canada.

This will help in various science observations.

The country’s and the world’s first liquid mirror telescope has been installed in Uttarakhand. This telescope has been set up on top of a hill in Devasthal Observatory located in Nainital. It is said that this telescope, will help in making information about supernovas, gravitational lenses, asteroids, etc. The Indian Liquid Mirror Telescope (ILMT) will help in surveying the sky. This will also make it easier to observe many galaxies and other astronomical sources.

What is Liquid Mirror Telescope (ILMT)

It has been made by India with the help of astronomers from Belgium and Canada. It is like a 4-meter diameter rotating mirror made of a thin film of liquid mercury that collects and focuses light. It has been installed at Devasthal Observatory at an altitude of 2450 meters above sea level. This observatory is housed in the Aryabhata Research Institute of Observational Science (ARIS), an autonomous institute of the Department of Science, Government of India.

To prepare the telescope, scientists created a pool of mercury, which is a reflective liquid. This causes the surface of the telescope to become curved. This is ideal for focusing light. A thin transparent film over it protects the mercury from the air. It also has a large electronic camera, which records the images.

ARIES Director Professor Dipankar Banerjee said that this telescope is being used for the first time in the world for astronomical observations. Now two four-meter class telescopes ILMT and Devasthal Optical Telescope (DOT) have been set up at Devasthal Observatory. In the year 2017, with the help of 8 countries including Belgium, Canada, and Poland, and Aeries started the International Liquid Mirror Telescope Project with the help of 500 million. Its setup was delayed due to Corona. The telescope was designed and built-in Belgium by the Advanced Mechanical and Optical Systems (AMOS) Corporation and the Center Spatial de Lige.

It is said that this telescope has taken a clear picture of the NGC 4274 galaxy, 95 thousand light-years away. Along with this, it has also easily captured the stars of the Milky Way in the camera.

BGMI Month 11 Royale Pass: How to get Royale Pass and Rewards, know all the details

What is NFT Gaming?

Reasons Why You Should Go For Cryptocurrency

Telegram Premium subscription may cost Rs 349 per month in India