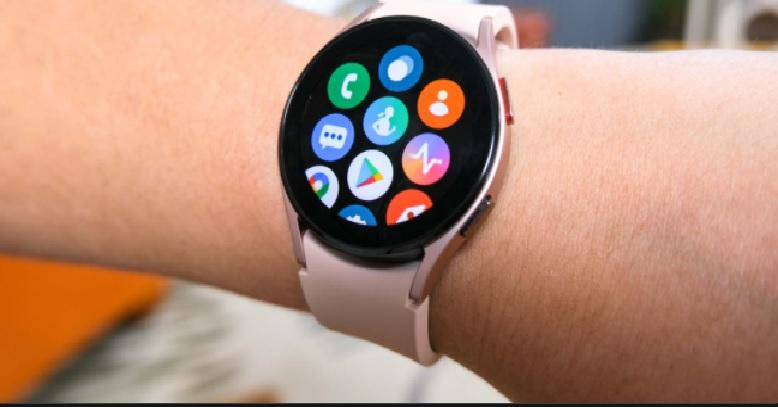 Apart from its smartphones, Samsung is also known for its smartwatches in the global electronic market. The company has more than one smartwatch, which people have liked very much. Now it is reported that the company is planning to launch a smartwatch with a rollable display. For this, a patent has also been filed by the company, in which the design of the upcoming watch can be seen.

Samsung is also known for its smartwatches in the global electronic market.

Tech tipster Mark Peter shared the patent for Samsung’s rollable display watch via his Twitter account, reports The Verge. Also shared some photos of the upcoming smartwatch. According to the patent, users will be able to take out the screen by pressing the button on Samsung’s smartwatch. This will be the extra screen, which when unfolded will roll into the watch itself. Not only this, users can get a camera in the upcoming smartwatch, through which selfies can be taken.
Samsung has not yet given any information about the specification, launch, and price of the smartwatch with the rollable display. If leaks are to be believed, then the smartwatch with the rollable display is expected to be launched soon. In the coming days, important information can be given from the company about this watch.

Working on Samsung Galaxy A23

Samsung is working on its special device Samsung Galaxy A23. The production of this device has started in India, which has made it clear that this phone is going to come to the Indian market soon. However, no information has been given by the company regarding the launch, price, or features of the Galaxy A23. If leaks are to be believed, then users can get an AMOLED display, Snapdragon 778G processor, and quad rear camera setup in the upcoming smartphone. Apart from this, a strong battery can also be given to the smartphone.

You can make and answer calls right from your wrist! You just need to make sure the watch is connected to your phone through Bluetooth or through a mobile network. With an LTE watch model, you can even handle calls remotely.

Amazon Prime membership will be 50% expensive from December 14, will have to pay Rs 1499 for the annual plan