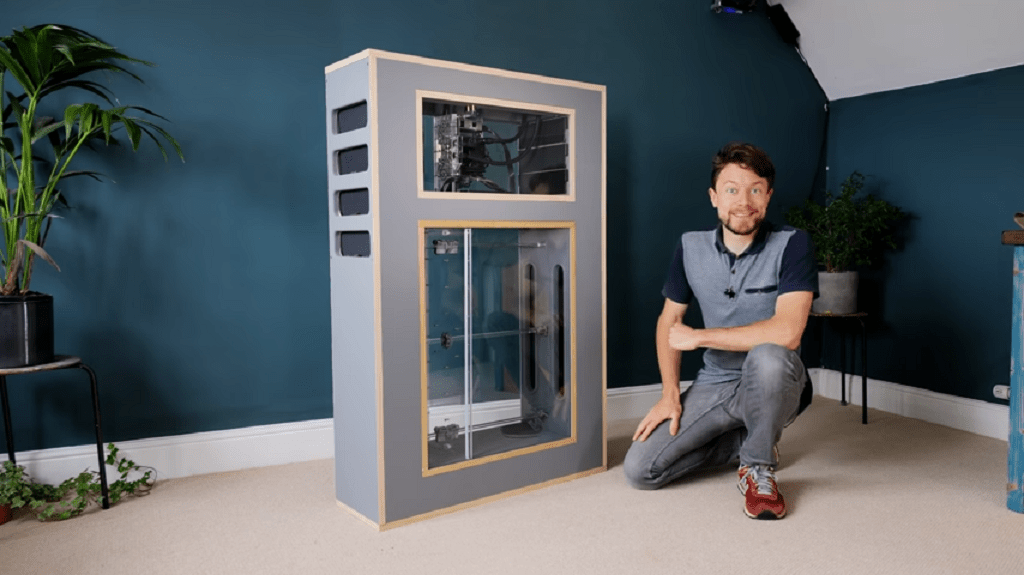 Matt Perks, a YouTuber, has carved out history by building the world’s first “breathing” RTX 3080 gaming PC. Yes, you heard it right! He created one of the strongest builds ever that relies on a highly innovative mechanism of magnetic bellows for heat management.

A lot of gamers wish to eliminate noisy fans from their gaming builds. Until recently, no one had considered a system that would allow gaming PCs to breathe the air rather than having the fans spinning. Nonetheless, Matt went one step further and created history.

His design involves a mover that goes back and forth without creating any sound. In his YouTube Video, he explains in detail how he made it possible with the help of magnets and reinforced acrylic panels. Let’s jump right into his idea of creating a lungs-type mechanism for getting rid of heating issues in a high-end gaming PC.

The most difficult part of the journey was to create an air movement system that did not involve any noise. Therefore, it was obvious to him not to go for a pulley mechanism. Instead, he first tried a linear motor setup utilizing magnets for movements. But, it did not work well, as the motor failed to produce the required movement. 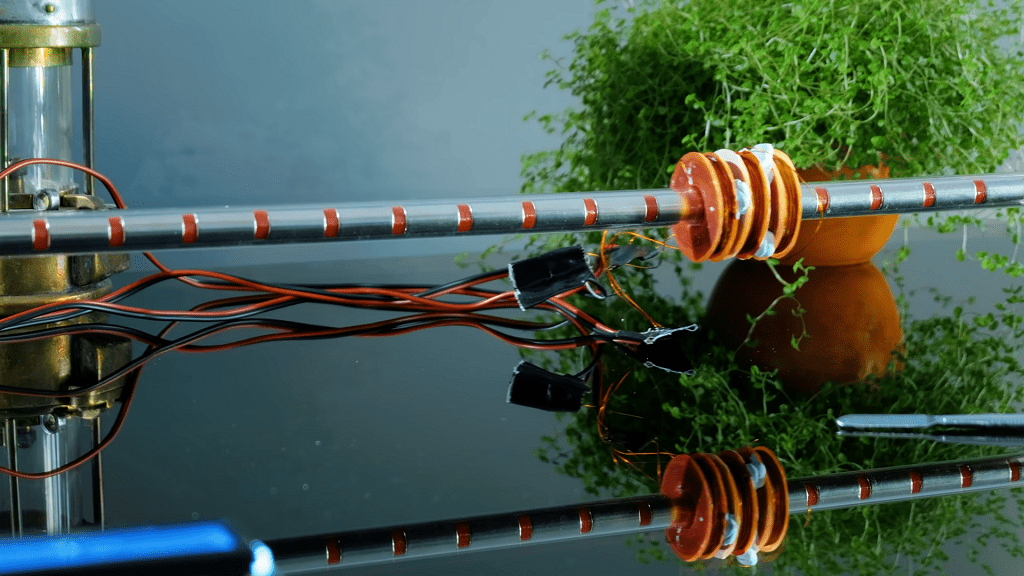 Regardless of the failure, he understood the importance of the combination of tubes and magnetic for the process. By then, he knew that developing a tube mechanism with a single magnet coupled with adequate water flow is all he needed.

For that purpose, he utilized a single set of DIY solenoid valves for the required water flow. This water flow is essential for the back and forth motion of the magnet in the tube. The solenoid valves also rely on magnets to direct the flow of water. The most important thing, however, is that they do not involve any noise.

The journey takes a turn when Matt finds out the speed of the movement is sluggish. A reduced motion speed was the result of poor water flow due to those solenoid valves. Therefore, he needed something that can excessively pump the flow of water.

To that end, he utilized a well-planned combination of inexpensive water pumps that could provide the required water flow. 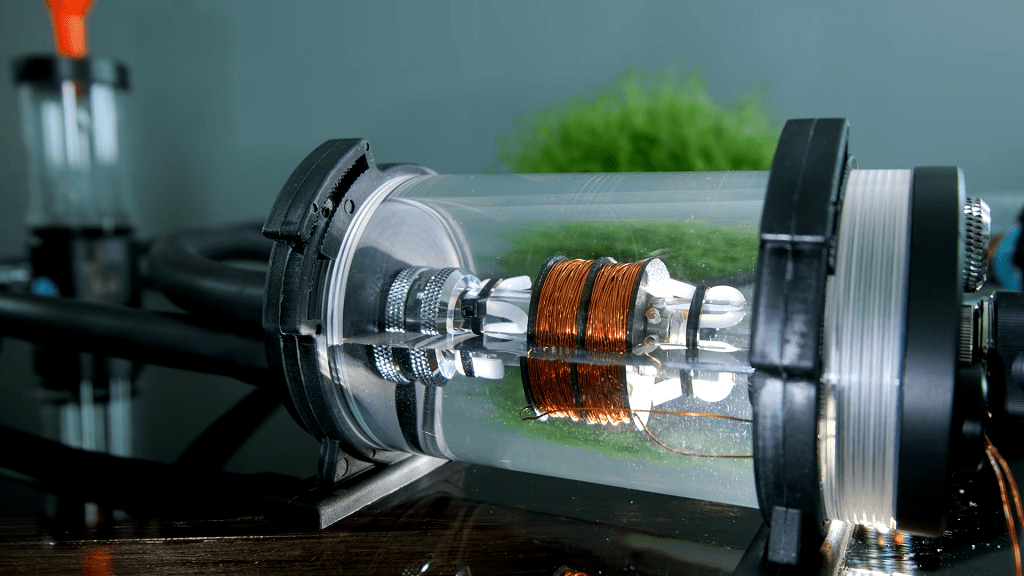 The water pumps worked collectively to provide the power it required for seamless back and forth movement of the acrylic bellows. He practically applied some life-saving principles of physics in techniques, which helped him obtain the desired results.

However, the work has not been completed yet. The movement of reinforced acrylic bellows brought back the hot air that was meant to go outside the chamber.

As a result, he needed an excellently designed air valve chamber for the perfect prevention of hot air coming back into the chamber. He successfully designed valves in such a way that only air pressure could affect their movement. Consequently, he obtained a successful mechanism for throwing out the hot air without bringing it back. 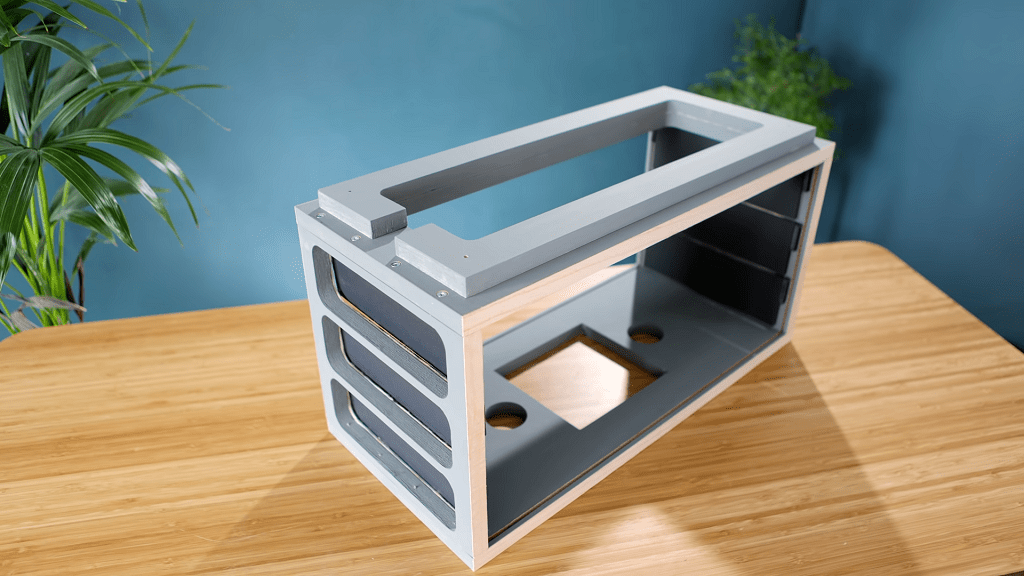 After successfully rolling out a mechanism for a noiseless cooling mechanism, Matt assembles the hardware components of the system. For that purpose, he built up a real beast by utilizing a world-class system combination. After completion of the assembly, Matt brings both structures together by using a common frame.

Let’s get straight to the hardware components he utilizes in the video.

Hardware Configuration of the PC

It is impossible to understand the significance of this futuristic idea without discussing the hardware build of the setup used in the video. Processors, graphics cards, and RAM are the most important components of any gaming PC build. It’s vital this build had the best available specs and that’s why Matt matched the AMD Ryzen 5950X with the best RAM and GPU available at the time.

DIY Perks’ build has paved a new horizon of research and innovation. By looking at the temperature readings of 60 and 62 degrees for CPU and GPU respectively, no one can question the validity of the system. However, it is still uncertain whether the cooling system would be able to handle gaming at ultra settings with ray tracing turned on.

When it comes to benchmarking, Matt has utilized a valid tool that is widely accepted by gamers across the globe. Nonetheless, the validity of the system may have been enhanced by using some of the intensive benchmark tools, such as NovaBench.

With that said, DIY Perks’ futuristic idea of a “breathing” cooling mechanism for high-end gaming builds is absolutely phenomenal. With more people exploring and adapting the idea, it can reach new heights.