One of the most popular action-adventure series, GTA (Grand Theft Auto), was created and edited by David Jones and Mike Dailly. The game series is released and published under the name of the company called Rockstar Games. Although it is almost twenty years since the first GTA was released, the fan base has been growing. It is an open-world game, though one of the first of its kind. The best part about this franchise is that its offline story mode is as good as its online multiplayer game modes. One can even enjoy no deposit bonus codes for True Blue casino, which keep all players hooked to their screens for hours. This article will rank the Top 5 GTA games – from the best to the worst. 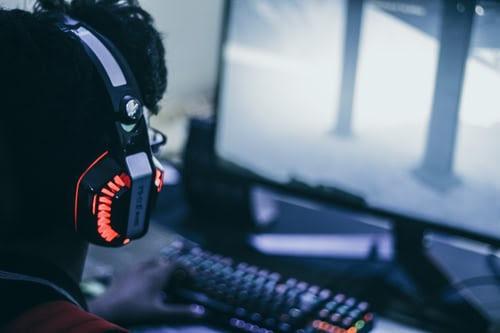 Top 5 GTA Games from the Best to the Worst

The 7th main entry in the GTA series: Grand Theft Auto 5, was released in 2013. This game had gained quite a momentum because of its divergence from the popular GTA narrative. Acquiring $800 million on its first day and $1 billion in the initial three days, this game became a cultural sensation: the game utilized three main protagonists or characters – Michael, Trevor, and Franklin. The characters were developed very well, and each of them held a unique perspective leading to diverse opportunities in the gaming universe. The game used humour quite effectively. So, even though you might die quite a few times during the missions, you would be doubling down in a fit of laughter – especially watching Trevor’s antics!

One of the most attractive features of this game is the sunny and bright atmosphere portrayed. Another feature that ultimately hit the ball right out of the park is the lack of restrictions regarding city limits. Unlike its predecessors, GTA V city was open for exploration right from the get-go. GTA 5 was also quite innovative in its multiplayer mode approach. Just like other free games, this game also included an online version called GTA Online, with the game for free. Thus, it gave the players a free pass to explore the terrains of Los Santos and Blaine Counties’ terrains and their online gaming buddies.

If you are looking forward to exploring the difference between the filthy wealthy millionaires and the infamous gang leaders of Mulholland – GTA San Andreas is the perfect game for you. A timeless masterpiece, GTA San Andreas truly explored the open-world gaming tactic. Based in LA, San Francisco, and Vegas – the content and the graphics were crisp and beautifully portrayed given its time. The roleplaying was on point and left you in splits. Imagine building muscles at the gym but losing them at the very moment you undertake an unhealthy eating habit.

GTA went above and beyond in this installation by providing the player’s access to the mini-game galore. Dating games (remember the infamous “Hot Coffee”?), interstate trucking, property administration, dust cropping, delivering pizza, taxi driving are just some of the few gaming options available in the mini-gaming section. The protagonist of the game, Carl “CJ” Johnson, emulated real-life scenarios and the consequences of exploring them. From stealing classified machinery to blasting away government buildings — this game lets you partake in the most diverse activities. Although the graphics are pretty archaic compared to today’s modern GTA installations, the replayability and gameplay depth left the players in a fury of sheer adoration.

Were you fancying a ride back to the 1980s? GTA Vice City, released just after GTA 3, will come to your rescue. This game explores the terrains of Vice City – a city modelled after the town of Miami. The most noteworthy feature of the game is its impeccable style. Buzzing with life and colour, Vice City had a pulse of its own. Tommy Vercetti, voiced by Ray Liotta, almost felt like a real-world character. Highly interactive in its approach, GTA Vice City introduced a lot of various features. From eating to improve health to purchasing safehouses and properties, this game offered a fresh perspective into the life of Tommy Vercetti.

The introduction of the Taxi Riding feature in GTA Vice City helps mitigate the frustration involved when a player constantly fails missions. After getting busted, players could utilize the taxi service to get back to a mission’s beginning location. The bailing out feature in the GTA universe was first introduced in this installation. If a player’s vehicle is about to blow up, they can simply use this feature to jump out of it to avoid an explosion. Similarly, they can also move out of a vehicle to avoid drowning if they are too close to a body of water.

One of the greatest selling points of this particular installation of the GTA universe is its uniqueness and innovation. It is set in the fictional world of Liberty City and explores the regions around the city in 2001. The game follows the life of the protagonist Claude, who was ditched and betrayed by his girlfriend Catalina when they were on a mission. Suffering from heartbreak, Claude begins to assist different criminal factions in the city, including the mafia. The first game to be presented in a fully 3D world received a broad spectrum of critical acclaim.

In GTA 3, the player ( for the first time) had a variety and volume of activities to partake in. However, it does not end at that. The game also had an excellently developed soundtrack as well as included an original comedy channel called Chatterbox. Although it was not the first game to explore the open-world tactic, for sure, it was one of the best. All details and intricacies of the game were handled with perfection.

Released after Grand Theft Auto 3, Grand Theft Auto 4 was a widely awaited addition to the GTA universe. The story revolves around the character of Niko Bellic – the playable protagonist who has hailed from another country. This game explores the implications and meanings of the “American Dream.” In addition, it is one of the first games in the universe of HD that allowed the player to access various plots by changing the choices they make along with the game.

Set in an improvised version of Liberty City, this game was much more than playable media. It offered a fresh perspective into the life of immigrants. However, this game also lacked in the visuals and visual aspects. The discrepancies included issues in visually grey settings, texture popping, as well as driving mechanics. Thus, GTA IV cannot be named a “perfect” game.