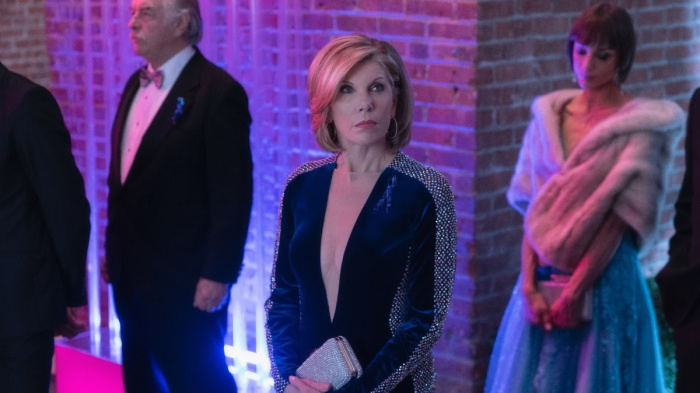 In as we speak’s TV Information Roundup, CBS All Entry unveiled a trailer for Season four of “The Good Fight,” and Quibi released trailers for two more upcoming programs.

CBS All Access has debuted the official trailer for Season 4 of “The Good Fight.” The series picks up with the law firm Reddick, Boseman & Lockhart navigating a new landscape after losing one of its biggest clients. The first two episodes of the new season will premiere on the streaming platform on April 9, followed by a third episode on April 16. After a one-week hiatus, the season will return on April 30. “The Good Fight” comes from CBS Television Studios in association with Scott Free Productions and King Size Productions. Robert and Michelle King serve as showrunners. Ridley Scott, David W. Zucker, Brooke Kennedy, Liz Glotzer, William Finkelstein and Jonathan Tolins also serve as executive producers.

Quibi has released a trailer for its upcoming game show “Gayme Show!” Each episode features straight contestants paired with celebrity “life partners” as they challenge each other for the title of “Queen of the Straights.” The show is hosted by comedians Matt Rogers and Dave Mizzoni. It will launch with the Quibi app on April 6. Watch the trailer below.

Quibi has released the trailer for its upcoming mystery series “When the Streetlights Go On.” The drama follows a group of high school students investigating a murder. The show will premiere on the mobile streaming platform on April 6. The series comes from Paramount TV and Anonymous Content. Eddie O’Keefe, Chris Hutton, Rebecca Thomas, Tariq Merhab and Chad Hamilton serve as executive producers. Watch the trailer below.

BYUtv and The Dodo have announced their upcoming series “The Wizard of Paws” will premiere on BYUtv on April 8 at 6 p.m. The 10-episode series follows animal prosthetist Derrick Campana as he travels across the United States to help animals in need. See the trailer below.