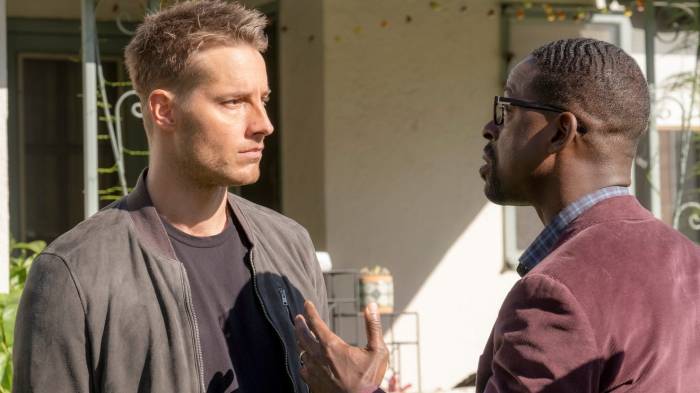 The dramatic season four finale of “This Is Us” delivered plenty of surprises as well as strong ratings numbers for NBC.

Tuesday night’s episode scored a 1.7 rating among adults 18-49, its highest mark since Oct. 2019, and 7.9 million total viewers, matching the premiere for a season high. That represents a 21% ratings bump from the penultimate episode, and only a 4% drop from the season 3 finale. Earlier in the night, “Ellen’s Game of Games” shot up to a season high 1.4 rating and 6.3 million viewers, beating the previous watermark by an impressive 700,000 total viewers. NBC premiered its new series “Council of Dads” after “This Is Us” to a 0.7 rating and around 4 million total viewers.

Meanwhile on CBS, an “FBI” crossover with its “Most Wanted” spinoff yielded a 1.1 average rating and around 10 million total viewers, an excellent season high return as far as both series are concerned. The crossover was undoubtedly helped by a strong “NCIS” lead-in, which scored a 1.3 rating and a massive 13.1 million viewers, easily a season high in terms of audience.