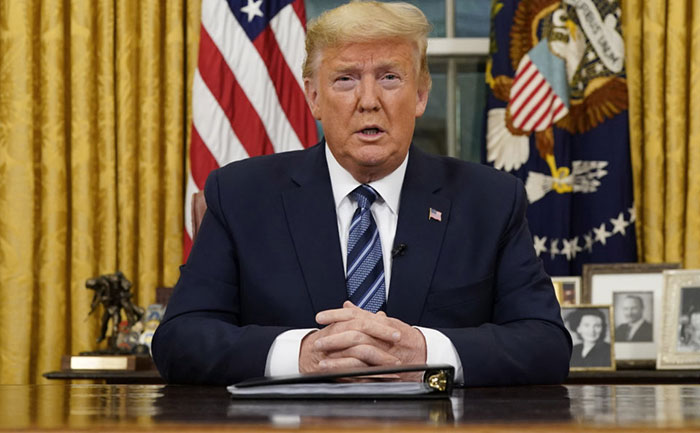 Musk announced this after a poll in which he asked Twitter Followers if Trump’s account should be reinstated. Surprisingly, the majority of the people said Yes. Around 15 million people supported the move. Musk tweeted:

“The people have spoken. Trump will be reinstated. Vox Populi, Vox Dei.”

The people have spoken.

Trump will be reinstated.

Donald Trump’s blocked Account reappeared on the platform minutes after Elon Musk announced that he was lifting the 22-month Suspension on the former President over incitement of Violence. 51.8% of Twitter users voted for the reinstatement of Trump on Twitter, while 48.2% of users were against it.

Before the ban, Trump preferred Twitter to communicate with the masses. However, in wake of the events at the US Capitol on January 6, 2021, leads to the suspension of Trump from the platform. Since then he has been active on his social networking site Truth Social.

Trump’s account, @realDonaldTrump is now fully visible on the platform after about 680 days. However, it is important to note that Trump’s Twitter Account reappear just a few hours before Us President Joe Biden’s birthday on November 20.

In one of the polls, one user asked, “If Musk should sell Twitter?”. In another poll, Someone asked: “If the new Owner should be banned”? Several users suggested Mr. Musk sell the platform for a dollar.

Following this, people have been making memes with images and tweeting those while tagging, “@realDonaldTrump”. People are sharing videos with putting faces of Trump and Elon.  Using #DonaldTrump, while some shared morphed videos of Mr. Trump dancing, others simply wrote, “Donald Trump is breaking Twitter without even tweeting”.

Addressing one of the Tweets, Musk wrote:

“The reason I acquired Twitter is that it is important to the future of civilization to have a common digital town square, where a wide range of beliefs can be debated in a healthy manner, without resorting to violence.

Donald Trump has more than 88 million followers when his account got suspended. Previously he said that he will not return to Twitter and will remain stay on his own Social Networking Platform.

Mr. Trump said he welcomed Mr. Musk’s poll and was a fan of the man himself, but appeared to reject any return. “I do like him… you know, he’s a character and again, I like characters,” he said, adding, “He did put up a poll and it was very overwhelming… but I have something called… Truth Social.”

Twitter's ban on Trump was for one reason: Silencing Donald Trump so Democrats could push the J6 narrative he "incited an insurrection."

But Donald Trump never "glorified violence," he preached peace. That's why they had to shut him up: He exposed their false narrative. pic.twitter.com/HWtcjLy5PN

Post a comment as to whether he would return to the platform, he said, “I don’t see it because I don’t see any reason for it.”

He further says that he wants to stay on his new Platform Truth Social which develops by his Trump Media and Technology group.

Musk conducted such polls in the past too. He has posed similar polls in the past, asking followers whether he should sell stocks in his Electric Car Company Tesla. On the basis of the polls, he sold $ 1 billion in shares.

After the Acquisition of a California-based Company by Musk, the platform undergoes radical changes in a period of one month. It will be interesting to see what should be Elon Musk’s next move.