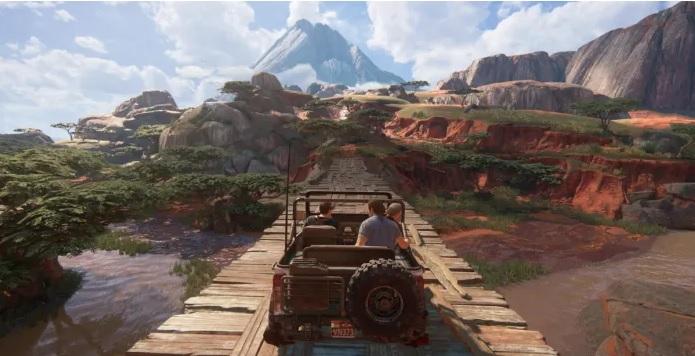 Great news for PC Gamers! PlayStation has just confirmed that Uncharted: Legacy of Thieves Collection will be available on PC from October 19, 2022. The collection features both Uncharted 4: A Thief’s End and Lost Legacy and includes a number of graphical adjustments, customizations, and more for the platform.

These games will be the first Uncharted games to be available on PC, ergo, for new players. Both games feature returning characters like Sully, Nadine Ross, Sam Drake, Elena Fisher, and the protagonists themselves, Nathan Drake and Chloe Frazer. The port is being developed by Naughty Dog in collaboration with Iron Galaxy Studios, who previously ported The Elder Scrolls V: Skyrim to the Nintendo Switch, and brought PS-exclusive Crash Bandicoot to Steam.

Uncharted: Legacy of Thieves Collection is currently available for Preorders

The game is currently up for pre-order on both Steam and Epic Store. One can purchase it for US$49.99/€49.99 on Steam or the Epic Games Store. Copies purchased on the latter include an Uncharted-themed glider redeemable in Fortnite.

Sony has also revealed the minimum system requirements needed to run Uncharted: Legacy of Thieves on PC. The bundle includes Uncharted 4: A Thief’s End and its expandalone title Uncharted: The Lost Legacy. Both games are old, at least by modern standards, so just about any modern-day PC should have no trouble running them. Some RDNA2-powered handhelds such as the GPD Win Max 2 and even the older Steam Deck should run it, albeit with some compromises.

Check Out the Basic PC requirements listed by the PlayStation

The Epic Games Store pre-order bonus for the collection includes a new Seaplane for Sully as well as an in-game Glider which players can use in Fortnite.

Players with beefy PC setups will be surely looking to test out Uncharted Legacy of Thieves Collection and Ultra Settings but it will take nothing less than an NVIDIA RTX 3080 or an AMD RX 6800 to do so.

Also read: Twitter Gears Up To Roll Out Edit Button On September 21. Here Is Who All Can Avail It