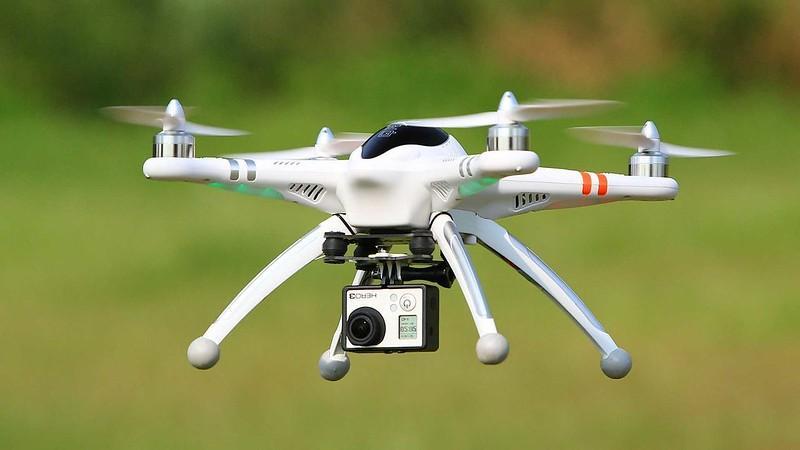 Robotic drones are a game-changing technology that, in a decade, will revolutionize the world in ways you’ve never thought of before. However, drones will have a significant influence on all of our lives.

Drones have literally taken off. At the beginning of this year, NASA succeeded in landing their Martian Landing Rover Perseverance on Mars, which was carrying a vital payload: the Mars Helicopter Ingenuity.

On another planet for the first time ever, drone technology was put through its paces. Even though the Ingenuity flight lasted only a few minutes, it was a Wright Brothers moment. More than once, NASA’s Jet Propulsion Laboratory was able to successfully fly Ingenuity in the considerably thinner atmosphere of Mars. In the development of drones, this is simply a minor step forward in the process.

Aerial drones, also known as unmanned aerial vehicles (UAV) or flying little robots, are gaining in popularity at a rapid pace. In terms of broad adoption and utilization, drones are still in the early stages, but they have already broken through strong traditional boundaries in industries that previously appeared impenetrable by similar technological advancements.

The use of unmanned aircraft has grown more important to different corporations and government agencies in recent years and has allowed them to penetrate sectors where some industries were either stagnant or falling behind in terms of technological advancement. Delivery in rush hour or surveying an inaccessible military station, drone technology is proven to be quite useful when it comes to situations when humans are unable to reach or do tasks efficiently.

Increased efficiency and productivity, reduced workload and production costs, improved accuracy, improved service, and customer relations, as well as resolving a wide range of security concerns are just a few of the many benefits drones provide companies across the world. Because of the increased demand for drones, there are many investors who are searching for drone tech stocks to invest, in order to get additional benefits if the drone industry continues to become even more demanded in the future. As more and more organizations began to grasp the potential, breadth, and global reach of drone technology, its adoption across sectors jumped from the fad stage to the mega-trend stage pretty rapidly.

There is no difference in the fact that these machines need the least amount of work, time, and energy to operate, whether they are operated remotely or accessible via a smartphone app. The military, commercial, personal, and future technology sectors are all adopting them, and this is one of the main reasons.

Drones are now mostly used for military purposes. By 2027, the worldwide military drone industry is expected to generate $23,78 billion in revenue, according to Globe Newswire. A single US Predator drone costs about $4 million.

Military operations will continue to use unmanned aerial vehicles because of their great efficiency in lowering losses and enabling the execution of highly visible and time-sensitive missions.

In spite of its relative youth, the commercial drone sector has begun to consolidate, with large investments from industrial giants and chip firms, IT consultancy firms as well as big defense companies. Manufacturers in North America, Europe, and Asia remain the industry’s frontrunners.

drones will become safer and more reliable as technology advances. As long as the USFAA loosens its tight regulations on drone technology and usage, this might lead to their widespread acceptance.

Uber Air says it’s closer than you think to finding a solution to traffic congestion, and it wants a big piece of the UAM pie for itself. In 2030, the UAM market is expected to increase from $2.6 billion in 2020 to $9.1 billion, according to Reportlinker’s “Global Forecast to 2030” research on the business.

To accommodate all of these new vehicle types, we must adapt our infrastructure, leading to the emergence of concepts such as vertiplaces, vertiports, and vertistops. Oneida County was granted an $897,000 contract by the FAA and others for AAM and vertiport construction at Griffiss International Airport as part of a strategy to support NASA’s advanced air mobility activities.

There is a lot of science fiction in the future of drones. The ideas of UAM, vertiplaces and vertiports might transform our urban landscape, therefore business executives need to remain informed of these changes. Jobs Aviation established a collaboration with the largest American parking garage operator with the purpose of creating more urban air taxi spaces.

As a result, nearly every firm may benefit from the use of drones and see a rapid return on investment. It has influenced all of these tasks, for example, delivery, surveys, site selection, and building; real-estate and agriculture; and indoor or outdoor inspection.

Drones’ future is clean, effective, and silent, no matter what. We’re seeing drones evolve fast from data-gathering devices to important transportation vehicles that will take us into the future.