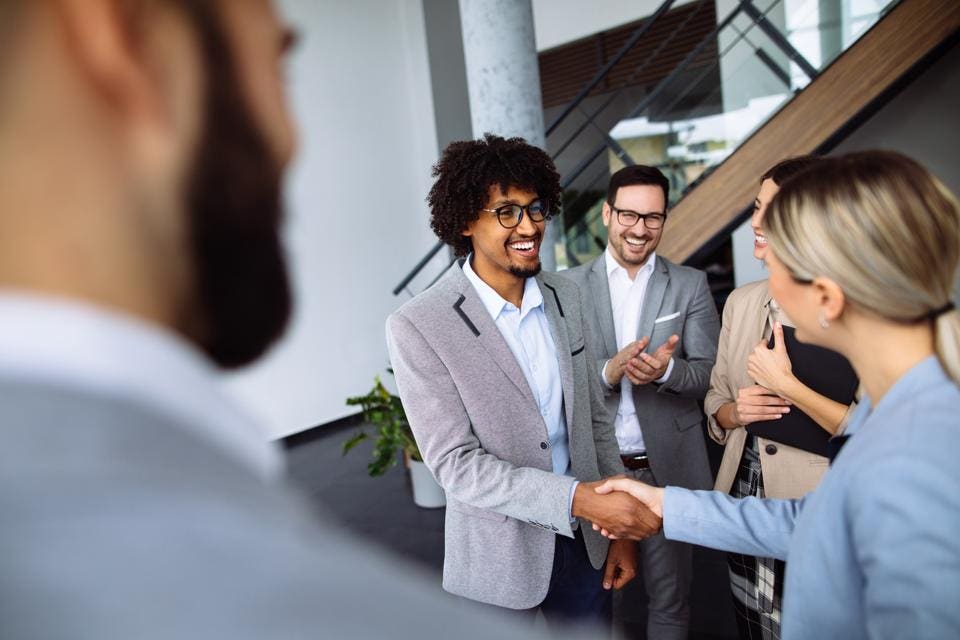 Networking is a vital part of modern business, being the process of speaking to fellow industry professionals and sharing information and ideas with them. Whether you’re exchanging business cards at a convention, chatting on an online forum, or speaking to someone at a party when you hear them discussing your industry, it all counts!

Why do people network?

For many people, networking is one of the most popular ways to improve your job prospects. This can be in their current company or in the wider marketplace. Having a good relationship with people in your industry means you will be the first person in mind should a new opportunity arise. It is common that most job seekers learn more about open positions from professional networks rather than adverts for job vacancies, so the wider your network, the better your chance of learning about these unadvertised positions.

How do people network?

There are many ways to successfully network. Back in the day, it was normally limited to making contacts through a friend of a friend and having them introduce you. These days, there are so many more opportunities for networking, both in-person and online, here are just a few popular ways that people network in business…

Speaking to people in person is still a popular way to network. This can take place in a work environment or social outing, or even at dedicated networking events and conferences. For many, face-to-face networking is crucial as you learn to associate names with faces and can afford to be a little less formal in your interactions.

Over the past year, many learned to move online as their main form of networking. Dedicated virtual rooms cropped up for people to mingle over popular meeting software platforms, and existing sites like LinkedIn saw a surge in sign-ups and activity, as people strove to make connections online.

Careers that benefit greatly from networking

If your sector relies as much on trust as it does on technical acumen, networking can play a huge role in advancing your career if you know how to network effectively. The financial industry (including trading and the stock market) is a good example. While knowledge is a key factor, people in the industry like to know the people that they are working with. Specifically, they need to know they can be relied upon to act in the best interest of the company/their clients in any given situation.

In creative industries, networking is also an important part of getting the job you want. There is a disproportionate ratio between the number of applicants and the number of roles available in many creative and design sectors. Even if you have an impressive portfolio, there is no guarantee that anybody in charge will see it. With good networking practices, you can make the connections you need to get your portfolio in front of the right people at the right time.

Why is networking invaluable to your career?

There’s an old saying: ‘it’s not what you know, but who you know’ and in truth, it is the core tenet of networking. You’re not expecting people to hire you or promote you just because you know someone in their inner circle. People who know you are recommending your services because they have a rapport with you and believe you can be trusted to deliver.

Outside of finding a new position, networking offers other benefits- it makes you more sociable. Whether you’re a naturally affable person to begin with, or more the shy and retiring type, networking contributes to your social well-being. If you network properly, you’re not just exchanging names and numbers, but also ideas, which can give you greater insight into how your industry works. These two factors combined help you boost your professional confidence.