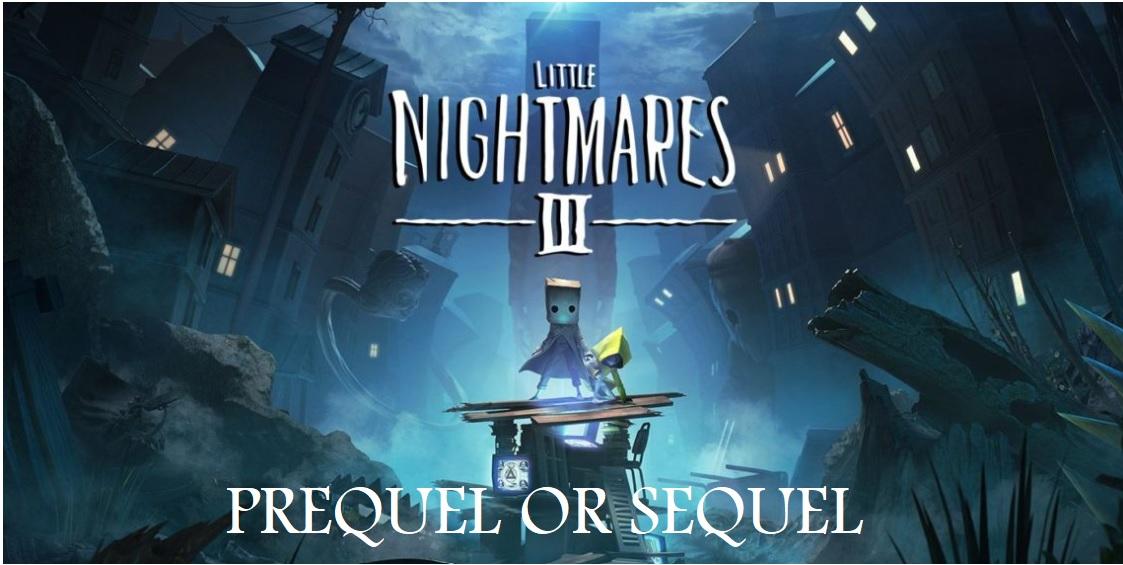 This game introduces players to the world where children face their fear at every corner and must sneak their way through the Nightmarish Adventure and escape from these monsters. The intensive and freaky gameplay of the game is making the players really crazy.

It is a puzzle-based Horror Indie game developed by Tarsier Studios. This game follows the life of a little girl named Six that found herself trapped in a horrifying place- “The Maw”. When she navigates through the Maw, she faced lots of Monsters including the Twin Chefs, the Janitor, The Guests, and the Lady. After the success of the Original game, it received a sequel in 2020 with the release of Little Nightmares II.

See also  What is the actual story of Little Nightmares 3?

Little Nightmares 2 is a prequel to the story that happened in the previous version. It introduces the players to the creepy world with new monsters, locations, and a new protagonist, Mono. In this prequel, a boy named Mono joined Six on this dangerous trip. This game received as much recognition as the previous game. The art style, characters, storyline, sound effects, and almost everything are so amazing that now players are curiously waiting for Little Nightmares Chapter 3. Will it go to happen? To know this read further.

Is there going to be Little Nightmares 3?

There is heartbreaking news that Tarsier Group has split its ways from Little Nightmares after it is acquired by Embracer group. The team is not interested in bringing the next part. Instead, they are focusing on developing new IPs. Tarsier Studio came out and announced that they would not make a Little Nightmares 3. Tarsier Studios CEO Andreas Johnsson said, “…it is bittersweet to announce that we are leaving the world of Little Nightmares behind us…”.

However, the ending scene of the game leaves enough room for the next part. So it is not wrong if we say that Little Nightmares 3 will be out without fail. There are enough chances that the Little Nightmares series may also grow to have many games on the list.

But Bandai Namco is very keen to bring more series of the game. In one of the interviews, Bandai Namco suggested that the series could possible without Tarsier’s involvement too.

“Since we received so much love from fans all around the world with the release of Little Nightmares 2, we feel energized to deliver more content in the future”.

Bandai could bring the next series in some capacity with a different group. So players can hope for Little Nightmares 3 in near future. However, the release date is not confirmed yet.

To know more about Whether Little Nightmares 3 is Confirmed or Cancelled, read our post here

Will Little Nightmares 3 Be A PREQUEL Or SEQUEL?

There are good chances that Little Nightmares 3 could be another prequel. The storyline of the third game will be completely focusing on Six. Little Nightmares 3 will gonna clarify certain things about Six, that were left unresolved in the previous sections. It includes Who is Six and how she become who she is today. Six is the Lady Herself could be the biggest reveal of the third game.

Previous Games left unfold certain things about Six such as How her journey begins, Why Six is heartless, Who are her parents and siblings of Six, and How she reached the Maw. Little Nightmares 3 could choose to go deeper into Six’s origins and answer these questions. The character’s backstories are going to reveal in another prequel Little Nightmares 3. However, it is not the first time, the developers decided to go back to Storytelling. Little Nightmares 2 is a prequel to the Original game. The mobile game Very Little Nightmares is set in the same Universe, where Six got trapped in a terrifying Mansion The Nest.

To know about the Characters of Little Nightmares in detail, read our post here

Q1: Is the Little Nightmares Series over for Tarsier?

Absolutely. In one of the statements, Tarsier CEO Andreas Johnsson revealed that the Little Nightmares series is over, at least for Tarsier. He said:

“It is now time for us to embark on a new chapter, create new IPs and explore new worlds”.

Q2: When Little Nightmares 3 is going to release?

Q3: Is Little Nightmares 3 a Prequel or Sequel?

Little Nightmares 3 could be the prequel of the original game that gonna answer many unsolved queries. The third game will go deeper into Six Origin and her behavior.