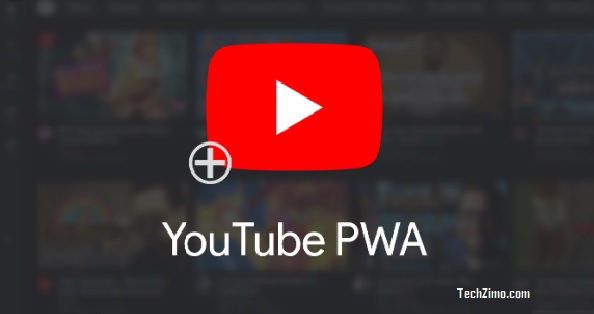 PWAs are the web pages that act as an app on your phone and you needn’t have to install them as a separate application. It can now be installed as a Progressive Web App (PWA) for quick access.

PWA support was earlier added by Google for YouTube Music and YouTube TV. According to the report, the support was incorporated into the main YouTube site from the last couple of days.

In Chrome, the telltale plus-in-a-circle icon appears directly in the Omnibox, with users prompted to “Install app.” This is different from the browser’s “Install” option, which has been available for quite some time now.

Google had recently announced that it was bringing Stadia to iOS as a PWA.

As explained by Google Developers, PWAs use modern Web capabilities to deliver a user experience that is similar to using an app. Pages in browser tabs can deliver immersive, high-level apps.

In 2018, Google Photos was made available as a PWA. YouTube TV had got PWA support in January last year and YouTube Music got the same in October 2019.

Google tells that a Progressive Web App uses the app shell model to provide app-style navigations and interactions and fits any form factor, desktop, mobile, tablet, or “whatever is next.”