Over the years, GBA ROM Advance downloads have been rising as many users are interested in the GameBoy emulator games. This is because players have developed some hacks for these games, which enable them to play with a lot of ease. 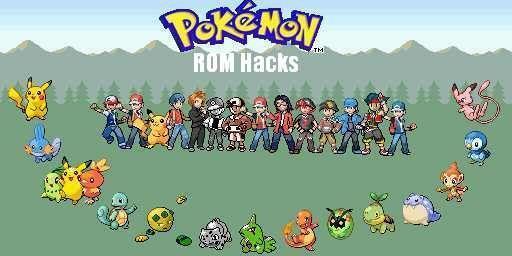 One particular game that has gain popularity over the years is the Pokémon series. As a result of this growth, the franchise has inspired fans to create their games and the community to create ROM hacks. We will be sharing some of these hacks to help you enjoy your GBA Advance downloads with this series. Here is where you can find multiple ROMS: https://freeromsdownload.com/roms/gameboy-advance

Pokémon Clover is a popular game hack that has reimagined and remodeled Pokémon Fire Red and Leaf Green. It has very new regions, many monsters, comes with a custom soundtrack just for your ultimate entertainment, and has an expansive world with adventure and mini-quests and other activities that are a perfect match for Pokémon lovers.

Pokémon Light Clover is one of the most recognized ROM among the GBA Advance downloads that people have. It has new regions, new gym leaders, new arrivals, and the elite 4.

The fans love it as it is evident that this game is top-rated among them. The game is a must-have for any fan of the Pokémon Series and the GBA advance fans.

Although this game is older than most of the games mentioned in this article, Pokémon Adventure Red Chapter stands out as one of the best hacks of all time in the GBA advance downloads.

It follows the manga adventures of the trainer red while taking the unique twist present in all Pokémon games. It has a huge evolution, many levels, improved graphics, and even has a day and night system.

Pokémon Dreams is the newest ROM hacks among all the Pokémon hacks that are available on the internet. It is based on a new story in a completely new region, different from the other familiar regions.

Although it has a huge difference from all the others in the series, it shares the same structure as the other games of this franchise, where the player has to defeat the gym leaders and the elite 4 to be the champion.

The game is among the best ROM hacks in the Pokémon franchise. Pokémon Unbound is in a new region called Borris and adds a new taste to the Pokémon universe, with difficulty levels, a mission system, and a post-game.

Pokémon Unbound also comes with updated graphics, new HM’s, and all these are built in a new game engine that has the upper hand in rivaling Nintendo Switch.

Pokémon Shiny Gold is a Pokémon Gold remake, although it is not a complete game remake. It adds a generation of three monsters, areas, improved music quality, and high-quality graphics of the life features.

This is due to the enhanced graphics. Pokémon Shiny Gold is a remake of the original Pokémon games and is a must-have for the Pokémon Silver or Pokémon Gold fans.

Pokémon Advanced Adventures is a ROM hack that allows players to defeat villains seeking control over a new region. In place of fighting the gym leaders for awards like badges, you get to fight opponent’s fighters and their genetic monsters.

Pokémon Fire Red Rocket Edition is a very successful hack following Trainer Red’s journey as he discovers the true nature of the Kanto, the criminal underworld, and the inhabitants.

It has a darker theme twist in the game’s region, allowing you to steal Pokémon and add them to your side, has a morality system and mini-quests. It has improved gameplay features and updated graphic quality. You can check more games here: roms-download.com