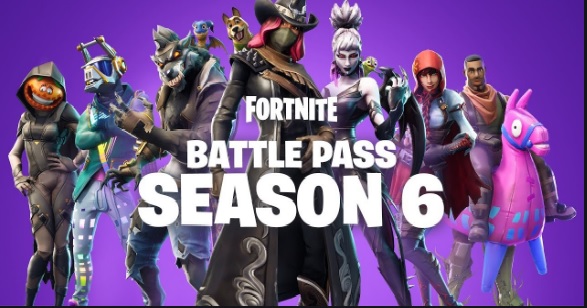 Definitely, we will get new skins and Battle Pass. So here’s a roundup of everything you need to know about Fortnite Chapter 2 Season 6.

So we can say the new season is just two weeks away from us. Are you Excited??

However, there might be chances that the season will get delayed for one week.

There’s no doubt that Fortnite game is a bang-on. In every new season, Fortnite arrives with new interesting themes to keep engaging its fans. There are talks that Fortnite season 6 theme will focus on DC Comics!

This new DC comic series will bring interesting character storylines including Batman. There are rumors that this theme would coincide with Justice League Zack Snyder’s Cut. This will launch on March 18, this year.

However, there are already many DC-themed skins and items available in the store. So it is worth watching what’s new will be adding in the store.

The battle pass is again playing a major role in the upcoming season. This new season will contain 100 tiers of content for the gamers. The players need to complete these tiers in the whole season.

The map remains the same with few changes. POIs were included in the upcoming season. From the trailer, Jonesy is seen jumping into the portal to recruit other hunters to defend the zero point. You can clearly see blue light, which indicates darkness. Fortnite will bring a new map in Chapter 3.

The Trailer highlights more endearing and lovable things that are adding to the upcoming season. There will be the addition of some sweet pets like a Dragon, a Dog, and also a Chameleon. To compete with DC Villains you will definitely need these pets.

There is no information about the story. We have to wait a little more. But it is quite certain that Season 6 story will start from where season 5 ends.

It is pretty sure that Epic Games will add new weapons this season. But it is not sure which type of weapons will be adding

There are 2 skins that are sure – New Rebirth Harley Quinn and Armored Batman Zero.

Hypex leaked some information regarding the upcoming season. Let’s Readout:

As per leaked information, the gamers can sell loot to NPC’s around the Battle Royale map. If NPC agrees on the trade with you, you will see a special icon in the tweet.

Well, this is all about the upcoming Fortnite Chapter 2 Season 6 exclusive details. But stay assured about one thing that we will keep posting as soon as we will get to know something new about this. Till then stay tuned with us.