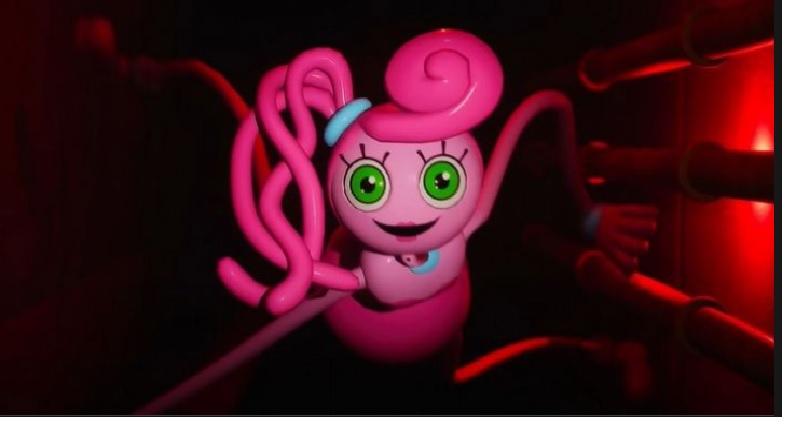 Poppy Playtime is definitely one of the most amazing horror games available on Steam. the game is majorly popular because here users can use their imagination. So if you are looking for a game, that comprises both horror and creepy elements, then Poopy playtime is a must for you.  It has amazing characters that are likely to become recognizable. So, this post is all about Poppy Playtime Characters.

Basically, Poppy playtime is an amazing survival horror game that first originated in October 2021. This was launched on Steam for Microsoft Windows. Here in the game, You must survive from vengeful toys waiting for you in the abandoned toy factory. So, Poppy Playtime is a puzzle horror game. the game has many horror characters. Now let us talk about Poppy Playtime Characters.

We are saying this because the size of Chapter 2 of Poppy Playtime is three times more than Chapter 1.

In the Indie-horror game’s second chapter, named “Fly in a Web,” your goal is to dodge Mommy Long Leg to safely escape the factory by searching for a trouble-free path for yourself. You will get to use some new items also.

So, if we talk about the Indie-horror game’s second chapter, named “Fly in a Web”, then the primary goal of the user is to dodge Mommy Long Leg to safely escape the factory by searching for a trouble-free path for yourself. You will get to use some new items also.

So, here it is high time to make research on Playtime Company’s facility to know about the horrifying toys of Poppy Playtime. So now, let us talk about what these look like, and the things they like to do as you run. So, here are all of Poppy Playtime’s voice actors, backstories, and terrifying toys!

This character’s inspiration has come from the need to make a toy that looks like a real person. So, this Poppy Playtime doll toy first originated in the year 1950 by the Playtime Corporation.

This character came when toys like Huggy Wuggy were immensely popular.  Actually, Stella Greyber is one of the Playtime Company’s employees and is widely thought to have been the one who brought Poppy to life through experiments executed at the facility.

Kissy Missy is one of the popular characters and is a female version of Huggy Wuggy. This character will look virtually identical to the antagonist of the first chapter. The main difference is color. So, here Kissy is pink.

So, this character can be seen in the first chapter only on posters. So, in chapter 2, it appears as a person. but here, the character has no ill intentions toward the players. On the other side, this character will help you to get into the locked area.

Kissy Missy, the famous pink Huggy Wuggy character appeared on Poppy Playtime chapter 2 posters. This came as a big reveal in the second chapter.  In fact in the sequel itself,  this character appears as one of the toys. So, Kissy missy’s presence on screen is not a coincidence. Although we know something about her.

This character becomes so popular that the Playtime company is declared to be one f their best-selling toys a feminine counterpart. The final product was a pink Huggy Wuggy that was designed to appeal to women.

Mommy Long Legs is also the main antagonist of Poppy Playtime chapter 2. She is a good-looking humanoid creature.  the min advantage here is that – this character has long and flexible limbs and may therefore resemble a pink spider. According to one of the in-game notes, the subject of experiment 1222 was Marie Payne.

But this character is quite aggressive in nature, especially to humans. So, this character doe not attack directly. But instead of it pushes the protagonist to play more games. Moreover, here this character always tries to defend others’ experiments. This is named by Playtime Co.

Boogie Bot is also a popular Poppy playtime character. This is one of the most loved characters in the game. he is more cheerful and is green in color. His posture is tanky. He has tread instead of legs.

Bunzo the Bunny is a yellow rabbit with black eyes. He has a musical instrument – cymbals. This character appears only during the rhythm game when you have to memorize the order of colors. If the player makes a mistake, Bunzo will attack.

Huggy Buddies appear during the Whack-A-Wuggy game. They are miniature versions of Huggy Wuggy that come out of holes in the wall. You have to hit them to make them retreat. If you don’t, they will attack.

Hey readers, this is all about Poppy Playtime Characters. All these characters are worth watching and playing. So if you have not watched this game yet, then give it a try once.  I hope you would found the post informative. if yes, then share this post with your friends and family.

If you still have any questions, then do write to us in the comment section below.

Stay tuned for more updates, Thanks for reading 🙂