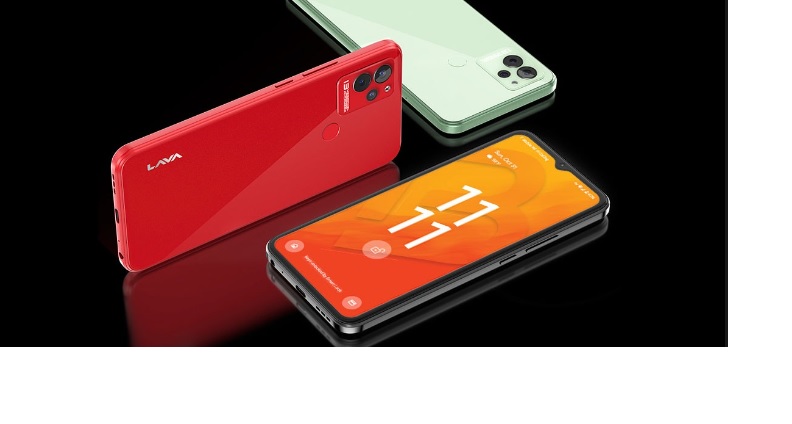 Lava Blaze will be available for sale for the first time in the Indian market today. This latest entry-level smartphone from Lava has been launched in India only last week. The Blaze comes with a glass back panel, which the company claims is the first such phone in this segment. This smartphone has a MediaTek Helio A22 processor and a 5000mAh battery.

The 3GB 64GB storage variant of the Lava Blaze smartphone costs Rs 8,699. You will be able to buy this smartphone from today i.e. on July 14 at 12 noon on Flipkart.
On the other hand, if we talk about launch offers, then with the purchase of this phone, customers can buy Google Nest Hub for only Rs 4,999. Apart from this, you can buy Google Nest Mini for only Rs 1,999.

Specs and Features of Lava Blaze

On the other hand, if we talk about the camera, then users have been given a triple-rear camera setup in Lava Blaze which also has 13MP primary sensor, 2MP depth sensor, VGA sensor, and LED flash.

in the camera setup of this phone. Apart from this, an 8MP selfie shooter has also been given in the handset.
You have been given a 5000mAh battery with 10W charging support in the phone. Lava Blaze is available in four color options Glass Red, Glass Green, Glass Blue, and Glass Black.

Lava’s latest smartphone Lava Blaze will be available for sale…

in the Indian market for the first time today. The latest entry-level handset made its debut in the country only last week. Regarding the phone, the company claims that Lava Blaze is the first phone in the segment, which comes with a glass back panel. The phone is equipped with a MediaTek Helio A22 processor and a 5000 mAh battery. The phone has a 6.5-inch display panel and a 13MP rear camera. Other device highlights include a fingerprint scanner, a micro-SD card slot, and Type-C charging. Let us look at Lava Blaze’s price in India, launch offers, specifications, and features.

The phone is equipped with a 5000mAh battery unit and 10W charging support. It uses a Type-C port for charging and data transfer. The phone has a fingerprint scanner for security. The handset so far boots Android 12 and the brand is also promising security patch updates for two years. Connectivity options include dual-SIM, 4G, WiFi 802.11 b/g/n/ac, Bluetooth 5.0, GPS and Glonass.