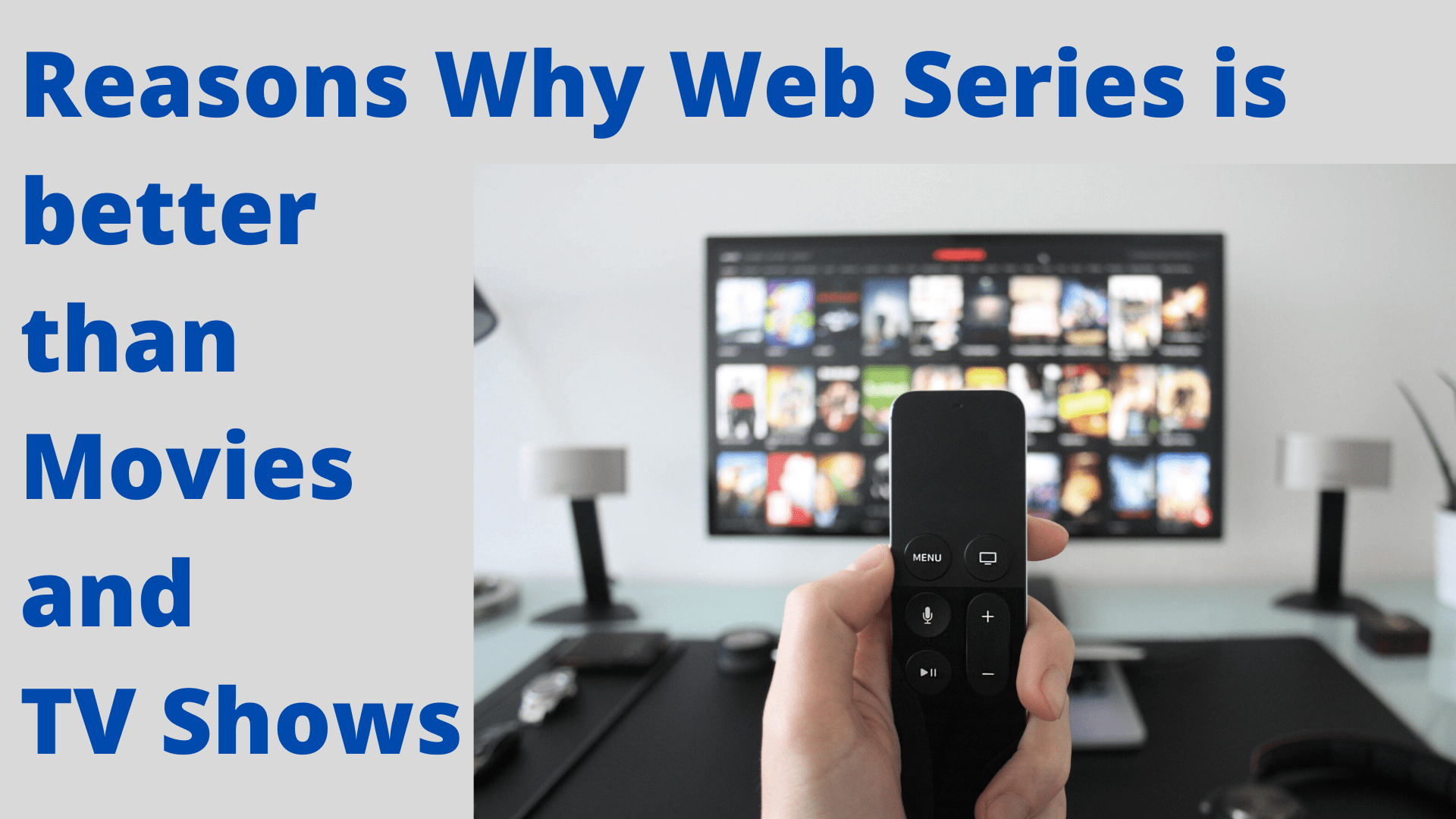 Are you still living a life of Golden age? Still, watching movies? Do not know what to watch next?

Raise your hands, if you are finding to watch something that brings more fun to your life.

Bring it down, buddies! And Scroll down the article below.

I am going to share several reasons and will mention separately for movies and Tv shows. Let’s begin the discussion!

Reasons Why Web Series are better than Movies and TV Shows

Web series revokes the interest of people as it released in seasons. Each season has 10-15 episodes. So, if people are watching a web series with all seasons available, they may watch it all in one night. Hence, it caught the viewer’s attention.

Not too short not too long

Movies are too long to watch and Tv series are too short if we consider a single episode. So, this drops down the viewers’ interest.

People do not have a time of 3 hours every day or every alternative day to watch movies but they surely find 4560 minutes to watch an interesting episode of web series.

TV series have lost popularity because of populated advertisements. So, people are moving towards web series.

As I mentioned above, Web series are released in seasons. Seasons take time to produce! And this bind the people. If you find an interest in a web series and only season 1 is released yet but season 2 is yet to come then you would surely wait for it. Right?

Thus web series maintains an interest level and binds people to the series. Like you might be waiting for “Money Heist Season 5”.

Watching web series at your ease is possible. It means you can watch whenever you get free. You need not watch at a particular time. While watching TV shows requires you to be free in a pre-described time. Young generations these days do not have time to stick to television as of their hectic schedule. hence, Web Series is better than Movies and TV Shows.

Well, Audience! I hope you would like the article and 10 reasons why web series is better than movies and Tv shows.

Maybe you are still watching movies and thinking to make a change in your life by adopting web series into your life.  Truly, web series are far better than movies and shows!