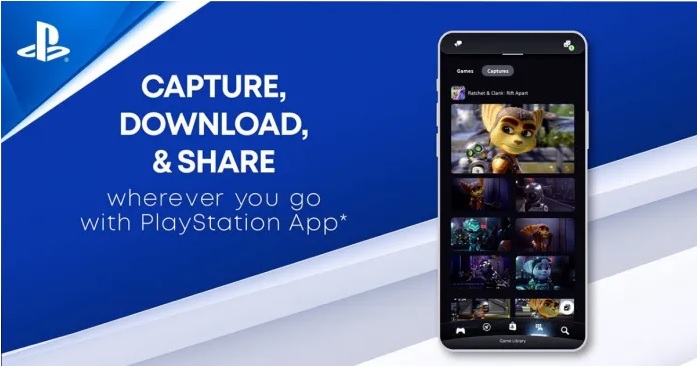 Sony is rolling out a new feature that will make it easier for PlayStation 5 users to share their best in-game moments. PlayStation is now expanding its Game Captures feature on the PlayStation App to North and South America. The feature is currently live in Canada and Japan, and it looks like the feature should be available in the near future globally.

Players can share captures from PlayStation to their Game Pass or to supported social media apps. Screenshots and video clips can be downloaded from the app to the mobile’s internal storage within the 14-day cloud storage period. Previously, users need to tweet out the captures through the PlayStation UI or use a pen drive to download them. This new feature skips that tiring process entirely and makes the images and videos available on your phone directly.

The Game Capture feature isn’t currently available in India. So, Indian PS fans might have to wait on this for a while. The feature looks like it will be available only for the PlayStation 5, but it seems like a pretty nifty feature for the PS4 as well.

How to Enable the Game Capture feature?

Players can download the PS App from the Google Play Store or App Store. After that, you can sign in to your Playstation Network account and link it to a PS5. Then, head over to the games library section, choose ‘Captures’, and hit ‘Enable’.

On your PS5, go to the Settings menu, pick Captures and Broadcasts, and turn on Auto Upload. This would make sure that all captures are directly transferred over and accessible on the phone app, as long as their not in 4K resolution or have a clip runtime longer than 3 minutes. Users can then download the files and share them with friends through whatever platform they desire.Earlier this month, Sony rolls out its second software update for the PlayStation 5, bringing a voice command feature, accessibility settings, and some changes to the user interface.