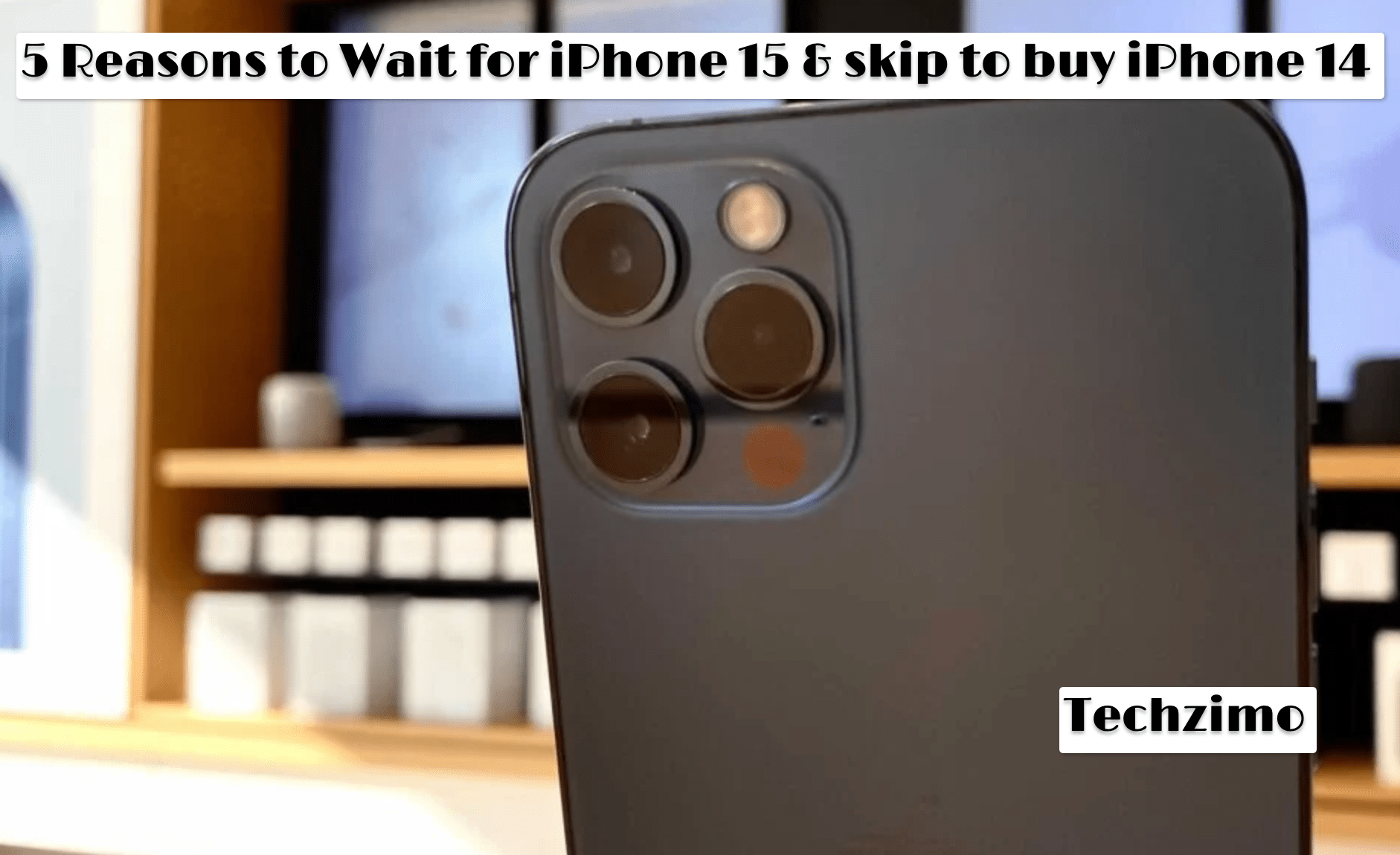 Although it may be tempting to get a new iPhone right now, some of you may choose to wait until Apple’s iPhone 15, which is expected to launch in 2023. So this article is all about why you should wait for iPhone 15 and skip buying iPhone 14 which is already launched in 2022.

There are many alternatives to sort through if you’re considering updating your phone. The top-of-the-line iPhone is the iPhone 14 series, but Apple also has a tonne of other gadgets that are deserving of your attention, such as the iPhone SE 3 and iPhone 13 and 12 series.

And although many of you will be perfectly content purchasing one of these iPhones or a device outside of Apple’s ecosystem, others may choose to hold off and wait for the iPhones of 2023.

The company’s forthcoming models already sound like they’ll be deserving successors to the iPhone 14 or 15 speculations have begun to circulate.

It will be worthwhile to wait for Apple’s 2023 iPhones because it is anticipated that the iPhone 15 series will have more significant changes than its forerunners. You can decide if you should wait for the iPhone 15 based on the list of factors below.

Why you should wait for iPhone 15

See also  How to Take Screenshots on a MacBook?

Reasons to skip to buy iPhone 14

1. Holding an iPhone 13 demonstrates the incredible battery life of the device.

If you’ve used the iPhone 13 for any length of time, you are aware of its impressive battery life. Considering the size of the phone, Apple crammed a sizable battery into it, enabling up to 15 hours of video streaming and up to 75 hours of audio playback.

Apple increased the screen time on the iPhone 14 a little bit, but not significantly. In actuality, the iPhone 14’s battery is essentially the same size as the 13’s. According to Apple, the iPhone 14 can play music for 80 hours and stream videos for up to 16 hours. Even while those are undoubtedly some amazing results, the new model isn’t substantially improved by them.

We crossed our fingers in anticipation of the iPhone 14 becoming the first USB-C iPhone. But the most recent iPhone is still limited to using the Lightning connection, which has been around since 2012.

The EU wants all new phones to feature USB-C, as you may have heard. And in the EU, the notion was made into law in 2022. That new law won’t take effect until 2024, though. You’ll have to wait a little longer if you were hoping for a USB-C iPhone.

3. The camera on your iPhone is excellent already.

You already know your iPhone has a fantastic camera if it was purchased within the previous two years. Apple did make some adjustments to the new camera module on the iPhone 14, but keep in mind that the big improvement—the jump to a 48MP sensor—was only available on the iPhone 14 Pro.

And like the iPhone 13, but unlike the Pro variants, the iPhone 14 has a 12MP camera sensor. The iPhone 14 boasts superior low-light performance because Apple gave it a bigger sensor that can capture more light, but how frequently do you actually take pictures in low light?

The iPhone 12 and 13 already have excellent cameras, despite the fact that the iPhone 14’s camera improved a little. Even if you are an avid photographer, upgrading to the iPhone 14 Pro would be preferable.

One of the iPhone 13 Pro’s most notable upgrades was Apple’s ProMotion technology. You’re still limited to a 60Hz display on the base iPhone 14 because, regrettably, that feature hasn’t made it there.

The iPhone 14 starts at $799, which is still a lot of money for most people even though Apple calls it a “affordable” iPhone. At that pricing point, nearly all Android phones today come equipped with 120Hz high refresh rate displays. Unfortunately, choosing Apple means sacrificing that since the iPhone 14 lacks the Pro models’ coveted 120Hz display.One of the main reasons to think about the iPhone 14 Pro is ProMotion, which is just one of many features that the iPhone 14 simply didn’t get.

The regular iPhone 14 is powered by the older A15 Bionic chip, which is the same chip found in the iPhone 13 series, while the iPhone 14 Pro has Apple’s newest and greatest chip, the A16 Bionic. It certainly isn’t a slouch, but it does have certain restrictions.

Managing heat is one of the biggest problems with mobile chipsets, and the A15 Bionic definitely gets warm when under a lot of load. In order to keep itself cool, your phone may experience frame rate drops and reduced screen brightness if you’re playing a taxing game like Genshin Impact.

In short we can say there was nothing new in iPhone 14 over previous version but iPhone 15 is expected to launch with lots of changes in design, features and specs, so you should wait for iPhone 15