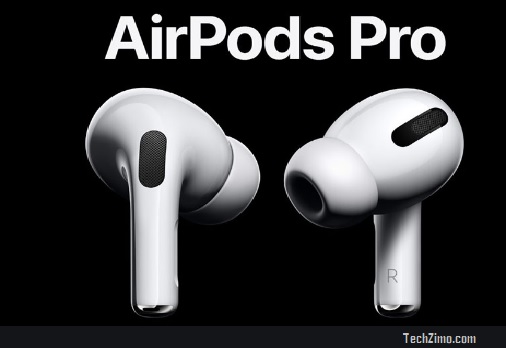 While past rumors have indicated the upcoming second-generation AirPods Pro will feature a built-in heart rate and body temperature sensor, Bloomberg’s Mark Gurman has cast doubt on those rumors turning out to be true, saying instead such a feature is unlikely to come anytime soon.

Apple is going to launch the Apple Watch 8 and new, upgraded AirPods Pro along with the iPhone 14 series in a few months’ time. Now, many rumors suggested that the AirPods Pro might get a heart rate sensor along with a body temperature sensor as well. There have been talks about Apple including more health-centric features on the AirPods, so these rumors aren’t totally off.

However, according to Mark Gurman, this year’s AirPods Pro is not going to feature a heart rate or a body temperature sensor. Reports suggest that Apple is still exploring the idea of introducing both these on the earbuds and it might be featured sometime in the future, but not this year.

The AirPods Pro was introduced in 2019 and they have not seen an upgrade since. Apple is expected to push out an upgraded version this year, but that will include features like improved audio quality, noise-cancellation, and Spatial Audio on the buds. The health sensors have to wait.

on Apple’s wearables. Gurman tips that the Apple Watch 8 series is going to include a body temperature sensor and that it is going to be a part of the Apple Watch Series 8 and the new rugged edition as well. The latter, as the name suggests, should also feature enhanced durability for more rough-and-tumble activities.

Apple is not expended to bring this feature to the new SE edition of the Apple Watch, which is also expected this year. This is not surprising, given SE usually misses out on some features. The original Apple Watch SE does not have ECG or the ability to monitor blood oxygen levels, which is present on the Apple Watch Series 6 and 7.