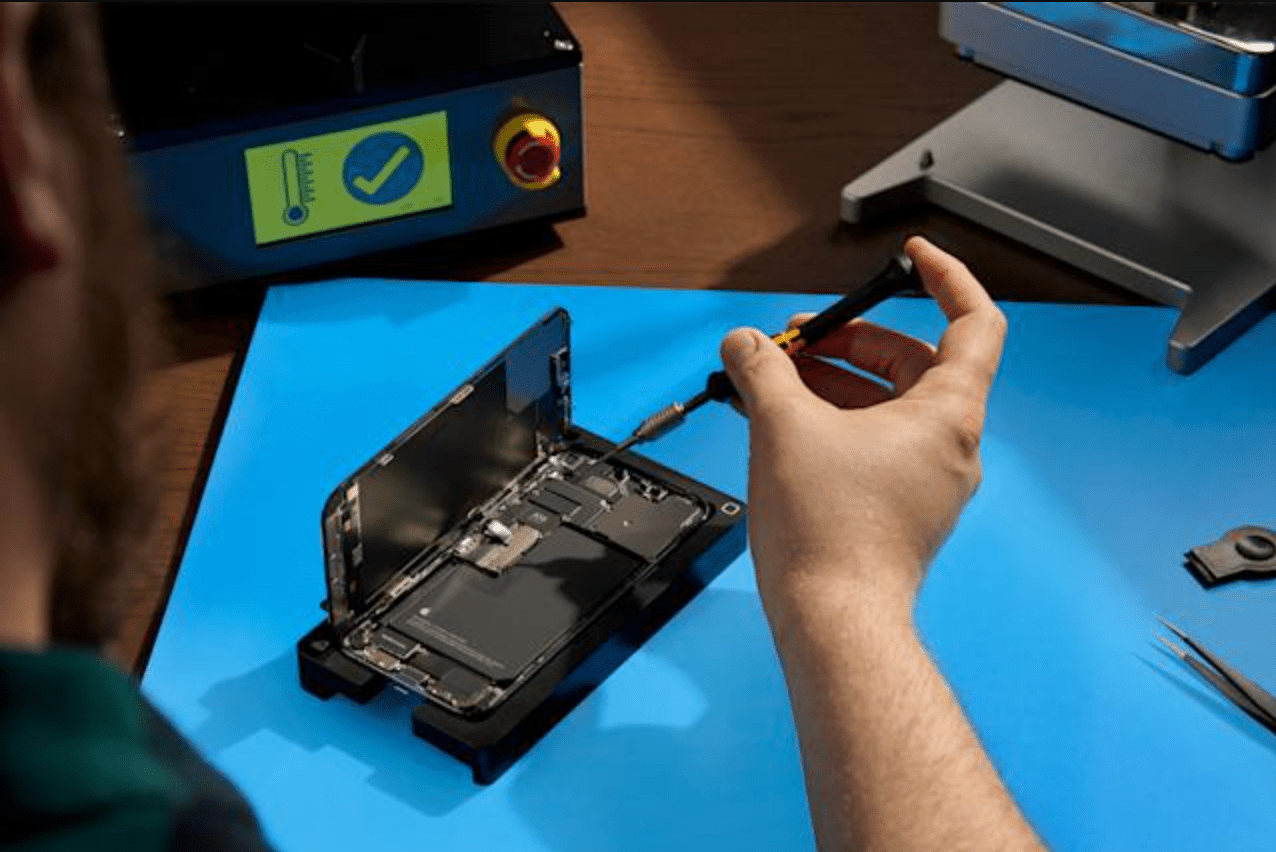 Apple’s Self-Service Repair program, which was first introduced in the US earlier this year, has now reached eight European nations. Many of the most popular fixes for the iPhone 12 and iPhone 13 lineups, as well as MacBooks with Apple silicon, can be done by customers there (not Intel models). According to a press release from Apple, “The Self-Service Repair Store enables access to more than 200 different components and tools, as well as repair manuals.”

Apple’s Self Service repair shops provide replacement parts and equipment in Belgium, France, Germany, Italy, Poland, Spain, Sweden, and the UK. According to Apple, they are the same and cost the same as those offered to authorized repair companies. For £54.90 per week, you can rent a kit if you’d prefer not to buy a tool for a single repair. Customers can return replaced parts for recycling and refurbishment in exchange for possible credit.

A battery module costs £70.78 (€77.04), a display module costs £282.28 (€327.11), and a camera module costs £168.55 (€192.76). These are just a few instances of part costs. The rental is a decent option because many different instruments, including a magnetizer, adhesive cutter, battery press, display press, and various torque drivers, are needed for an iPhone 13 repair. You should feel competent performing moderately difficult repairs.

To keep the devices useful for longer and prevent them from ending up in landfills, it is crucial to allow consumers to fix their own devices, especially those who do not live close to a fully equipped repair professional. Jeff Williams, Apple’s chief operating officer, stated that the company wants customers to have numerous options for a safe, dependable repair when one is required. We are thrilled to announce self-service repair in Europe to give our customers immediate access to original Apple parts, tools, and manuals.

Even though numerous European nations will now allow for do-it-yourself repairs, Apple’s press statement still advises users to seek professional servicing whenever possible. The company adds that visiting a professional repair provider with certified technicians using genuine Apple parts makes the…safest and most reliable way is to get a repair, noting that the program is intended for “customers who are experienced in the complexities of repairing electronic equipment.”

Several businesses, including Apple, have taken action to make it simpler for customers to perform their own consumer electronics repairs. Google, Samsung, and even Valve have announced collaborations with DIY repair expert iFixit to provide new parts for consumers who want to make their own repairs.

There are early indications that Apple is making its phones more repairable in the first place, in addition to making it simpler for regular people to get parts, tools, and manuals. The iPhone 14 received a lot of flak for looking too much like the iPhone 13; according to iFixit, the company changed the internal design to make it “the most repairable iPhone in years.” Although it’s still a long way from the readily available screws and modular parts of a Fairphone, it’s a positive step nonetheless.