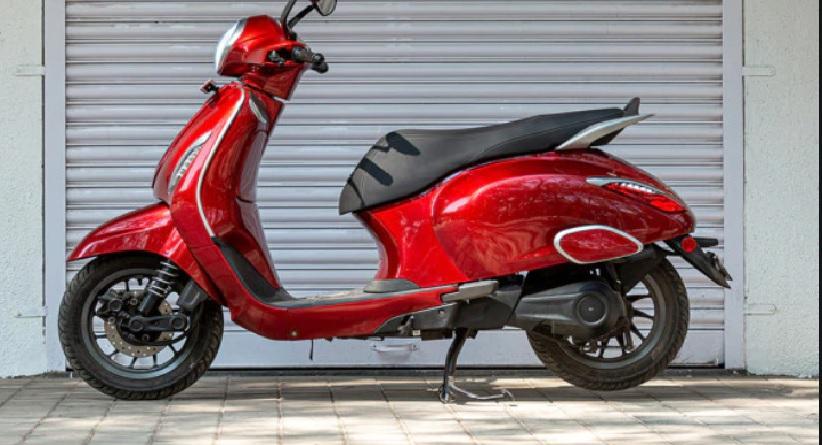 Veteran two-wheeler company Bajaj Auto has currently launched only one electric scooter in the country, and that is the Chetak EV electric scooter. Now, it appears that the company is planning to bring another electric scooter to India. We are not saying this, the picture taken during road testing is saying so. A photographer has taken a picture of a scooter hidden in camouflage on his Instagram account. The picture is of Pune, in which a scooter is seen among several Bajaj Chetak EVs at a red light.

A user named Tushar Pawar (@tusharpawar911) shared a photo on Instagram that shows a scooter covered in camouflage on the road. Pawar wrote in the post that “New Bajaj Electric Scooter.” Though the scooter is completely hidden, the hub-mounted motor on it makes it clear that it is an electric scooter.

Spotted during road testing in Pune

In appearance, it is quite different from Chetak. The rear panel and left side of the scooter can be seen in the picture. It gets a huge tire hugger of quite a different style, which gives it a very muscular look from behind. The rear suspension, rear fenders, and tail section are also different as compared to the Chetak electric scooter.

Husqvarna Vektorr likely to be a production version

At present, there is no official information available about the scooter, but many reports believe that the company may bring the Husqvarna Vektorr to the market. Even though it is a concept scooter, it may happen that the company introduces that model with some changes in the coming time. Let us tell you that Husqvarna is part of the KTM Group, which works closely with Bajaj in India. Talking about the Vektorr, this electric scooter comes with a 4KW electric motor and has a top speed of 45 kmph.