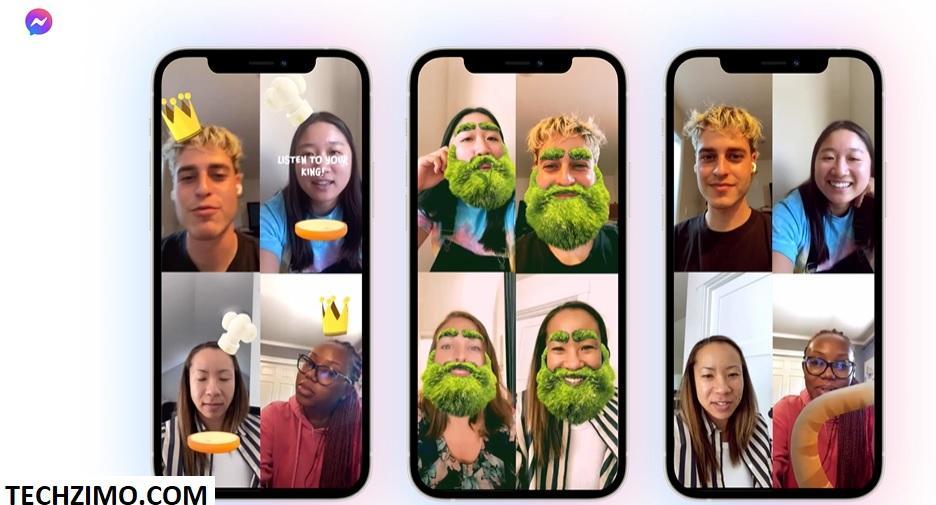 Facebook already comes with AR effects for creating Stories and Reels and has now introduced these added capabilities in video calls and rooms as well. The new Group Effects introduces new AR filters and other effects that can be applied to everyone on a video call, at the same time. Group effects will enable users to play multiplayer interactions with friends, making group video calls with filters a shared experience.

Earlier this year, Google Meet, the video conferencing platform, announced new features for personal Gmail account users accessing the platform through Android and iOS. Google on Twitter noted that the new features are available through the sparkle icon on the bottom right of the video during a call.

As mentioned earlier, the AR-based Group Effects will also feature real-time multiplayer games where users can compete and race to an orange fox, making a hamburger, and others. Additionally, there is a new Blow the Dandelion effect which is design by Ross Wakefield. The filter adds a grassy beard for all the participants that are on the video call. Such AR-based effects or filters are already available for users who wish to create a story or reels.

There are over 70 group effects available at launch, including a game where players compete to build a virtual burger, and another where a virtual orange cat photobombs the call. It’s a shift from the service’s existing augmented reality features, which tend to only apply to one participant at a time. Facebook says developers will be able to build more group effects using its Spark AR API from the end of the month.

Users can access Group Effects by tapping the smiley face on a call, then selecting Group Effects. Generally speaking, AR filters and experiences have been isolated to one user. Group Effects evolves the experience by enabling two or more people located in different places to participate in the same AR game or present their own AR filters during a call.