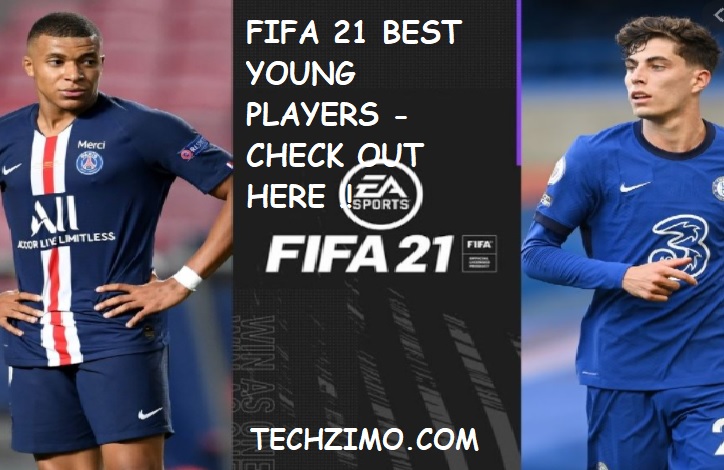 Enthusiastic players make the best use of this opportunity to develop and get success while playing FIFA 21’s classic Career Mode. Check out the list of the best FIFA 21 young players. They are indeed the wonder kids of FIFA 21. Here we have compiled the list of FIFA 21 Best young players on the basis of their club, age, potential, and overall value and rating.

Gianluigi is definitely one of the best FIFA 21 best young players. His potential is tremendous.  So with the right approach, it will definitely become one of the best performers in terms of goals in your team. The previous stats prove that he can be best defence as well many times.

It will definitely be an asset to the game for you. As he is good at finishing, a fast player and can’t stay in one place. he keeps on jumping and running every time as he is an agile player. It has an initial rating of 64.  But now he has progressed a lot and now its potential FIFA 21 overall is 86.

Dominik Szoboszlai is definitely by default one of the best wonder kids of FIFA 21. The reason is obvious that he can play at the widest angles.  The middle zone is the place where this player becomes unstoppable and performs his best. His major skills include ball control and long shots.

Moreover, his technical skills are so sleek, that no one repents after picking him later on. He is damn good at ball control and long shots are the biggest assets of this player.

And his free-kick is one of the best shots to watch.

Surely if we talk about the next best FIFA 21 wonder kids, then Diogo Costa is obviously in the pipeline. Diogo Costa has definitely a successful season at Porto. within a short span of time, his career got a great boost. Not much time has passed, he just made his debut in the Champions League and now has become no. 1 for the club and his country. That is something great, right?

But as good things come with a good price. So it is a little costlier from a price perspective. If sources have to be believed, his net valuation is approx $3.1m.  But he completely worths it as his rating is excellent and if continued this way, it could reach 82 anytime soon. And you won’t believe that 82 scoring is closest to Rui Patricio, who is popularly known and rated as one of the best in fact Portugal’s number 1 goalkeeper for a long period of time.

He is one of the most innocent-looking players but doesn’t go on his looks. His game is so attacking that once he starts playing, everybody gets amused while seeing the baby-faced player playing so effortlessly and miraculously performing well. His potential rating is almost 80. So he completely worths your investment.

One of the tallest players (6’4) is surely one of the best FIFA 21 young players. While he needs to get some extra exposure to improvise his skills. But why we have listed here is definitely his physique and stats- which are the most promising ones. His stats are proving his abilities and potential. That with a little training, he would definitely be an asset to the team and a big hindrance for the opposite team as he can become an excellent goalie in coming times.

Luis Javier Suarez is truly a wonder kid at FIFA 21. He comes with an affordable price ranging that is quite difficult to find a good striker who doesn’t need to be trained at this price range. The player is Colombian and is right now indulged in La Liga. His scoring is also impressive that is 77. His pace, strength, and finishing, everything is just perfect. If we say that he is a readymade striker then there is no exaggeration here.

His potential states that he could reach the level of 85 soon. So if you are planning to invest in something good, then this could work for you.

Hey readers, this is all about “FIFA 21 best Young players”. I hope you would found it informative, if you nodded in yes, then don’t forget to share it maximum with your near and dear ones.

Best Websites to Download Wii U Roms for Cemu in 2021