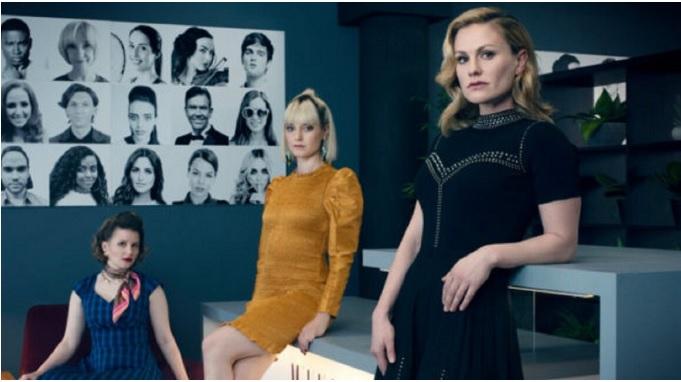 Hey, binge-watchers! Wondering if the British dark Comedy “Flack” is there a possibility for us to see Flack season 3? Or is it just ended with its second season?

After almost 2 years since season 2 of Flack came out. The fans can’t wait for more to get any news related to Flack Season 3.

So, check out all the details, without any further delays.

Flack first debuted in 2019. It was released on Amazon Prime. The first season was premiered on February 12, 2019, and the second season followed, released on March 13, 2020. The show was originally created by Oliver Lansley in the year 2019. So far the show has completed 2 seasons which together have 12 episodes.

The two directors of Season 1 and Season 2 are Peter Cattaneo and George Kane. There are chances that they both direct Season 3 of the show.

The program centered on Robyn (Anna Paquin), an American publicist in London who struggled to manage the chaos of her own life while repairing other people’s careers. Its popularity among television viewers has recently increased.

However, the first season of the show fails to impress certain Hollywood Reporters.  GQ called it “one of the worst shows ever recorded.”Despite this, the series presently has an 86 percent Tomatometer Score and an 85 percent Audience Score on Rotten Tomatoes. This is due to Season 2. FanSided called the second season of the program “remarkably entertaining.”

The deal Amazon Prime signed in 2020 to take over Season 2. It includes the right to produce a third season, so the possibility is there. Although there is the green light, there hasn’t been any official confirmation regarding whether or not they will move forward to Flack season 3.

It would be unusual for Amazon to renew “Flack” so soon after the release of the most current season, but the business is renowned for being friendlier to fans of programs like “The Boys,” which was renewed for a third season before the second season even began streaming (via Variety).

There is also a rumor that “Flack” has been dropped from the program. Amazon will definitely look at the numbers right now to decide if they will continue the show or not.

If they continue to move on with Flack season 3, it probably will not be out anytime soon. They will take at least the rest of this year or more to produce. Hopefully, we will be able to catch the news related to Season 3 in Early 2023

It’s too early to predict the star cast of the upcoming Season. It is only natural to expect the major stars to attend. Caroline is portrayed by Robyn, Sophie Okonedo, Genevieve Angelson, Mark, and Melody are played by Lydia Wilson and Rufus Jones, while Sam is played by Andrew Leung and Arinzé Kene.

It’s unclear if Martha Plimpton, who appeared in a flashback as Robyn’s mother, would return as the lady whose suicide drove Robyn to fly to London in the first place. Daniel Dae Kim and Sam Neill joined the cast as Gabriel Cole and Duncan Paulson, respectively, as IT geeks in Season 2.

At the end of season 2, we can see that Robyn pretty much was at rock bottom. She was fired from her job. Flack season 2 most likely will see what she is going to do next to get back on her feet.

We may also see more stories from Eve and Melody as a person, aside from their professional roles.

How Robyn’s life will turn out? Can she overcome the problems that she is facing? And will she be able to cope and get it together? All of these questions hopefully will be answered in Flack season 3.

There is currently no trailer for the season.