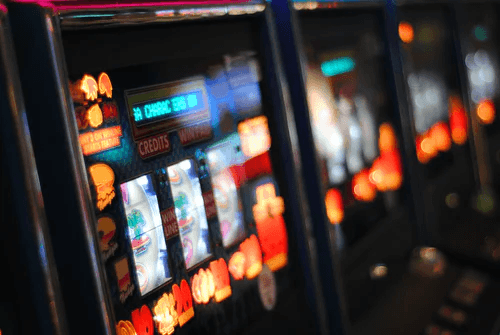 Gambling on games of pure luck is an oddly popular phenomenon. You would be forgiven for thinking that it is peculiar that people enjoy playing a game that has a small chance of you winning a small amount of money, that costs money to play, and is entirely based on chance. Despite this, slots and other similar games are very popular and increasingly so, with online gambling becoming much easier. This article is going to delve into the technology behind online slot machines and give you some useful insights into how they work.

How Slots Used To Work

Before the digital age, slot machines existed as mechanical machines. They were dubbed one-armed-bandits and were often controlled by mafias, especially in the United States. These machines were notorious for taking people’s money but equally famed for the large payouts people might get. The name originated because of the hand-crank used to operate the machine. Many machines back in the day were rigged so that the jackpot prize was never winnable. The odds for winning on any of these original slot machines varied but they used a variety of clockwork mechanisms to do the equivalent of random number generation. The average payout per dollar spent on an old machine was about 75 cents. Compared to today’s machines this is a very poor return rate, as we will come on to shortly. In short, be thankful that you can now play slots online that are not rigged and will return much more than 75 cents for every dollar spent.

Why Is The Technology Important? 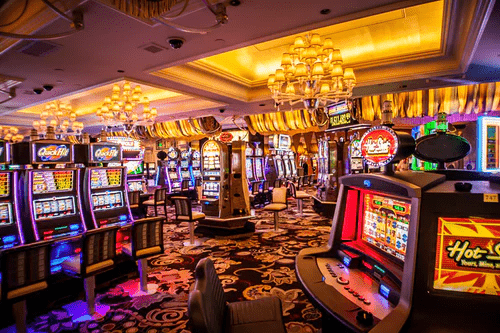 In online slot machines and physical-digital slot machines, the technology behind them is what defines them. The mathematics and the algorithms used to determine the probabilities of certain combinations happening are what decides whether or not that spin was a win or a loss. The actual mathematics behind each machine is relatively complicated but essentially what it all boils down to is the RTP %. RTP % or Return To Player Percentage, is the amount of money paid out to the player, in relation to how much they put in. As mentioned above the old one-armed bandits used to give out about 75 cents per dollar. This would give them a return to player percentage of 75%. Nowadays most machines payout between 85-99% which is far more favorable. You can look into OLBG’s research on the slots that pay out the best to see which casinos have the most favorable return to player percentages. The technology behind online slot machines is incredibly important and will define your whole playing experience.

The Return To Player Percentage is how casinos make money. The phrase ‘the house always wins’ goes a long way to describe slot machines. Even with an RTP % as high as 99%, over time, you will lose all of your money to that machine. The time element is an interesting one as anyone who has played slot machines will know that it is possible to end up with more money than you started with. The point is though that no matter how much you start with and however much you win back from the slot machine if you played it continuously for hours, days, weeks, you would eventually get down to zero. It would be no fun if every time you put a dollar into a slot machine it spat out 99 cents, that would not be much of a game. However, this is effectively what will happen over time and when you go down to 99 cents you will then end up with 99% of 99 cents (98.01 cents) and so on. Understanding return to player percentages will go a long way to being able to have the best time you can on a slot machine.

What Does This Mean?

Now that you understand how the return to player percentage works on online slot machines, you are probably wondering what this means for you as a player. Firstly, there is absolutely no point in playing on a slot machine that has a lower RTP than another one. If you want to try and win more money than you started with, you need to pick the highest RTP slot machine you can find. The second thing to think about is that you are leaving your ability to win money entirely up to chance. Although other casino games are also quite chance-based, if you enjoy gambling, learning a skill-based game might be a better option. However, slots can be a lot of fun. If you have a bit of cash that you do not mind losing then you might as well try your luck!

Strategies To Beat The System

As much as the house always wins, there are a few strategies for beating the system by playing online slots. The golden rule is that as soon as you have won more money than you started with, you should probably stop. Now, this is slightly counterintuitive because it sort of implies that if you play slots once and win as little as 1 cent then technically you should just stop as you have got more than you started with. In a sense, this would be correct, however, most people wouldn’t consider a one-cent profit a profit at all. If you win a few dollars though, you should probably stop playing that game and try a different one, as long as it still has a high RTP percentage. Most games also have a trajectory of losses which normally gives players a small win towards the beginning and then quickly drops down to a big loss shortly afterward. You should always quit while you’re ahead and never chase losses to try and win your money back. 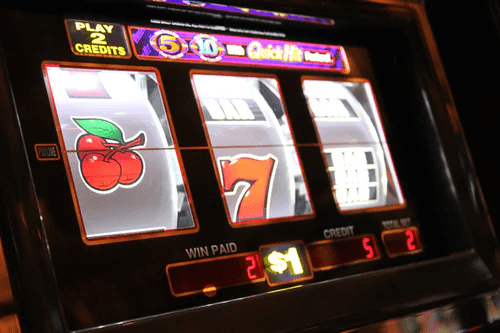 For a lot of people, playing slots is just a good way to let off some steam, safe in the knowledge that they will neither win nor lose that much money. However, if you know a little bit more about how online slots work then you should still be able to have fun but not lose as much money. By using this article you should be able to get the most of your chosen game of luck.