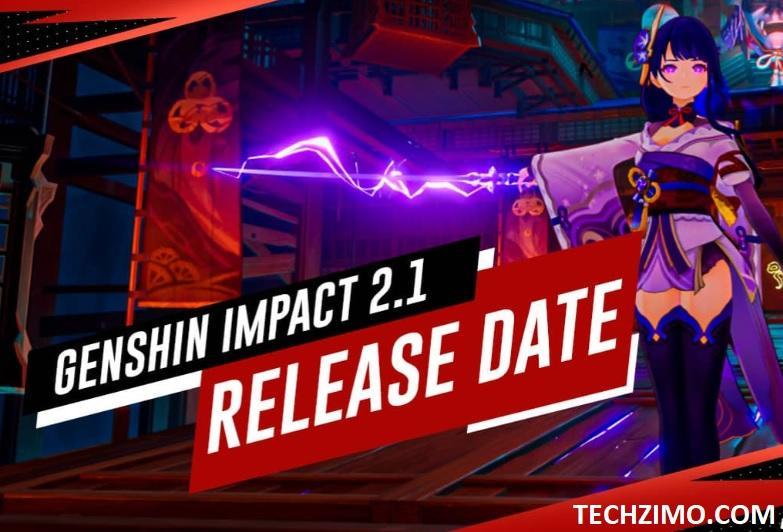 There are two new islands added to the game. The first island is Watatsumi Island and the second one is Serai Island. Watatsumi Island is the home of the Inazuma resistance and will include areas like the Sangonomiya Shrine, Sangonomiya City, and Bourou Village. Serai Island is a location that is perpetually covered with a thunderstorm and large lightning bolts can be seen flashing around the area.

Version 2.1 of Genshin Impact will release on September 1. This is based on the earlier pattern and the statement of Mihoyo, to have a new update every 6 weeks. Genshin Impact 2.1 will include Raiden Shogun, Kujou Sara, and Kokomi. miHoYo has also collaborated with Horizon Zero Dawn to bring Aloy in the next update of Genshin Impact.

Pre-installation of Genshin Impact update 2.1 will be available for PC users only. Mobile users will not be able to play while the pre-installation is happening, but PC users can download the pre-update in the background while playing.

Ayaka: This is a new five-star Cryo swordswoman. According to the back story, this character is the daughter of the Kamisato Clan.

Yoimiya: This is a new five-star Pyro archer and is popular for owning the Naganohara Fireworks. The Tapestry of Golden Flames banner will launch for use after the launch of Ayaka.

Sayu: This is a new four-star Anemo ninja and its ability is to use a claymore in the game. This character will include in Yoimiya’s banner.

How did Lil Kawaii die? Death Cause, Age, Instagram, and Much more