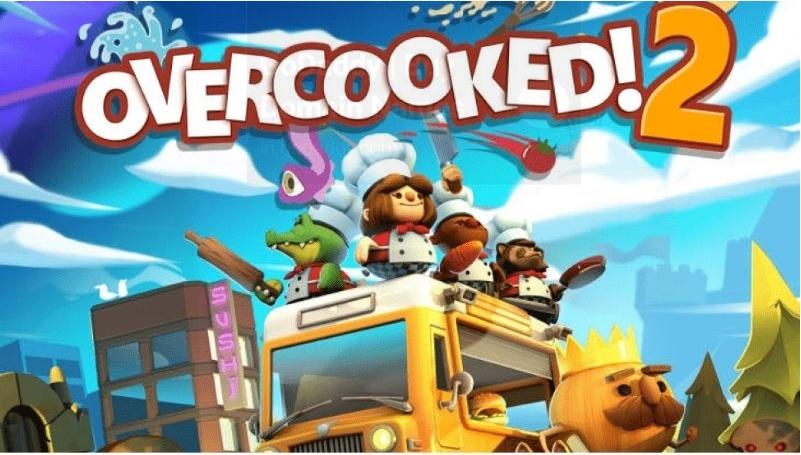 Not everyone is passionate about Cooking but definitely, for the cooking games( As gaming does not require your cooking skills). Overcooked 2 is one of the best cooking simulation multiplayer games that receive a great number of fans. However, the fans are curious to know Is Overcooked 2 is a Cross Platform or not.

This game has won lots of awards for being the most wonderful gameplay.  The game was developed by Ghost Town Games and published by Team 17 Digital Ltd. Currently, the game is available on all gaming platforms that include Microsoft Windows PC, PS4, PS5, Xbox One, Xbox Series X/S, Nintendo Switch, Linux, and Mac OS.

The fans want to know if Is Overcooked 2 Cross Platform is in 2022 or not? Well, we will cover everything about Overcooked 2 in this detailed guide. So keep reading.

Overcooked 2 is a cooking video game that releases in August 2018. It is available on platforms such as Nintendo Switch, PlayStation 4, PS5, Xbox One, Xbox X / S, and Microsoft Windows. Players can play the game solo or with up to four players.

Players get the experience of working in a great professional kitchen. The game is all about taking orders from the customers and preparing dishes in a given time. The ultimate goal of the players is to serve the customers in a better way to collect good points.

Overcooked all You Can Eat vs Overcooked 2 – Check Major Differences

What is Cross Platform gaming?

Cross-platform gaming is also referred to as Cross Compatible Play or Crossplay. It is the ability of players to access different gaming hardware devices that can play with each other. It does not matter if you are playing a game on a desktop, you can easily play with the person sitting in another room and playing on PlayStation.

The best part about Overcooked 2 is that no matter which system are you using, you will get the same gaming experience

Is Overcooked 2 a Cross Platform?

You will be happy to know that Overcooked 2 is a multiplayer game. Definitely, you can play games with your friends who are playing games on different hardware devices than you. The original game series Overcooked doesn’t arrive with Crossplay support.

Keeping the demand for Crossplay, the developers developed two Overcooked games with multiplatform support. These games are- Overcooked 2, and Overcooked: All you can eat.

Is Overcooked 2 Cross Platform between PC and PS3?

Sadly. The overcooked 2 game is not available on the PS3 platform. So, if your friend is having a PS3 device, you can’t be able to play with him.

The developers did not yet specify the reason why the game is not available on PS3. It does not even share any plans of bringing the game on PS3. PS3 players require to change their device in order to play this game.

Is Overcooked 2 Cross Platform between PS4 and PC?

Yes, it is! Despite two different platforms, Overcooked 2 developers make it possible. Now, a PC player can join and play with a PS4 player without any restrictions

Is Overcooked 2 Cross Platform between Xbox and PS4?

Disheartedly, Overcooked 2 does not provide Cross Platform Support between Xbox and PS4 gaming Consoles. But don’t feel sad. You can visit your friend and play together while resting on a couch.

Definitely, A Nintendo switch Player can easily play Overcooked 2 games with Xbox Series X/S players. Moreover, the game is available in several languages, this feature makes the game easily accessible to all.

Is Overcooked 2 Cross Platform between Xbox One and PC?

Yes, a PC player and an Xbox Player can play together in spite of their different architecture. Kudos to the developers who make this possible. This is really great news for PC players who always look for another PC player to play the game.

Is Overcooked 2 Cross Platform between PS4 and PS5?

Surprisingly Yes! You can easily cross-play between PS4 and PS5. Crossplay on the same consoles is also possible.

How to Play Overcooked 2 Crossplay?

Up to now, you get to know that Overcooked 2 supports a limited Cross-platform feature. PC players are free to play the game with any platform users. However, PC and console players can’t play together. To play Overcooked 2 together, you require to invite your friend.

Q1: On What Platforms does Overcooked 2 is available?

Presently, Overcooked 2 is available on platforms such as Xbox One, PS5, PS4, Nintendo Switch, Windows, macOS, Linux, and Amazon Luna

Q2: Does the Overcooked 2 game have a Crossover feature?

Yes, Overcooked 2 supports Crossplay. You can play games with the person who is accessing other gaming hardware devices.

Definitely. Overcooked 2 is available on both of these platforms. So, Crossplay between PS4 and Switch is completely possible

Q4: Is Overcooked 2 Crossplay between Xbox One and Xbox Series X/S?

Of course! The Cross PlatformPlay between two same consoles is definitely possible. It means an Xbox Series X/S player can play with Xbox One and vice versa.

That’s everything about Overcooked 2. Overcooked 2 is truly an amazing game that supports partial Cross Platform. However, its sequel Overcooked: All you can eat completely supports the Cross Platform feature. I hope you got an answer to all your queries.