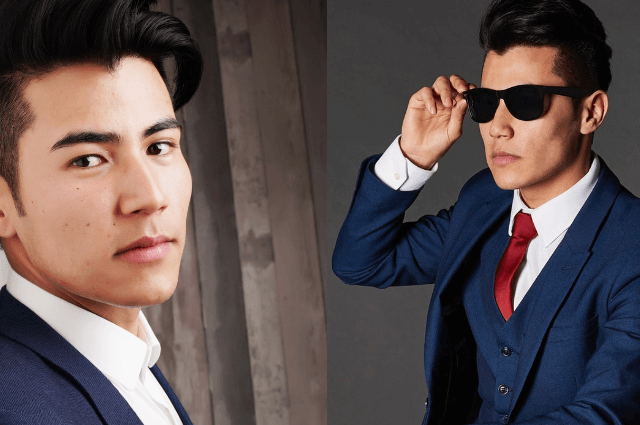 It’s easy to get caught up in the daily grind and lose sight of what’s really important. The result is that sometimes we don’t notice when someone within our organization has become arrogant. As a CEO, you want to hire confident people who are willing to take risks and who can inspire others with their vision. But some people think confidence is synonymous with arrogance because they call themselves “the smartest person in the room” or act like the boss when they’re not even one! When it comes to confidence vs arrogance, confidence can help businesses perform better overall, but arrogance won’t help anyone achieve their goals—or make them more likely to reach them. So how do you know if your employee or coworker is being arrogant? Read on for three common signs:

Confident people are more-likely to be seen as leaders.

In the workplace, confidence is essential for leadership. Leaders need to be able to motivate their team members and inspire them to work toward common goals. A leader with low self-esteem will have a hard time engaging with others, or keeping them motivated when things get tough.

Leaders also need confidence in their own abilities. If you’re confident in what you know, then you won’t second-guess yourself when making decisions or giving direction to others.

Of course, not everyone can be a leader—that’s why there are many other jobs out there that don’t require leadership skills! But if you do aspire to lead an organization one day (or just make your coworkers happy), then building up your confidence will help you get there!

If you’re confident, you’re more likely to take risks. And risk-taking is a good thing for innovation.

But it’s also possible for confidence to become arrogance. If someone thinks they know everything, they won’t listen to others’ opinions and may stop taking in new information from their surroundings. That can be dangerous if the person is in a role where they need to make important decisions based on what’s going on around them.

Confident people tend to be more outgoing than arrogant ones.

Confident people are more likely to be outgoing than arrogant ones.

Confident people tend to be more outgoing and approachable than arrogant ones. They’re often willing to initiate conversations with strangers, ask for help, and make friends—all things that an arrogant person would avoid. Confident individuals are also more comfortable taking leadership positions in group settings and presenting their ideas in a collaborative manner. On the other hand, those who demonstrate arrogance will often stay silent during meetings and shy away from making new friends or offering suggestions during brainstorming sessions. Arrogant people may even prefer being followers instead of leaders because they don’t want any responsibility on their shoulders (although this is an aspect of confidence as well).

Let’s talk about what arrogance is and is not. First, it’s important to understand that arrogance is not a personality type. It can be a stage in someone’s life (e.g., teenagers) but it’s more commonly a defense mechanism for people who suffer from low self-esteem or insecurity.

Arrogant people are often insecure about their intelligence, appearance or skills. They have an overwhelming need to prove themselves to others because they lack confidence in themselves—or maybe even doubt their own abilities altogether—which leads them to come across as arrogant when trying too hard to impress others with how great they are (when they’re actually not).

Arrogant behavior stems from deep-seated fears of being judged by peers or superiors at work; this may also manifest itself through overconfidence in order to hide any underlying feelings of inferiority, which would make the individual feel embarrassed if revealed publicly.”

Arrogant people can be toxic to a team. They’re not team players; they don’t care what others think and are always looking out for themselves. Arrogant people often do not consider the needs of others, which is why they can be so selfish. They also tend to be very critical of others, especially if they feel threatened by them in some way. At times arrogant people can be quite blunt, which makes it difficult for them to build rapport with others and make allies within the organization.

Arrogant people may not be motivated by money, but instead seek praise and recognition from their peers.

An arrogant person is motivated by the admiration of others. Arrogant people are often insecure and need to be reassured of their worth, so they seek praise and recognition from peers. This makes sense when you consider that the most common definition of arrogance is conceit or prideful self-importance.

Arrogant people have an inflated sense of themselves, which means they don’t think about what others think about them. They will not hesitate to tell you how great they are, even if it makes no sense at all because there’s no proof that supports their claims (i.e., “I am one with the universe”). In fact, arrogant people don’t care what anyone thinks or says about them because they consider themselves superior and believe that everyone else should agree with this assessment!

One of the most important things to remember is that there’s a difference between arrogance and confidence. Arrogance can be a defense mechanism for shy people, who are often uncomfortable in social situations and therefore want to project an air of superiority. A confident person may act similarly, but with good reason. They’re usually secure enough to relax around other people without feeling threatened or intimidated by them—and they know when it’s appropriate to assert themselves and when it isn’t.

So how do you tell if someone has a healthy level of arrogance?

If they’re truly arrogant, they won’t be defensive about their behavior at all; instead, they’ll just believe it’s their right—even if what they’re doing is wrong or harmful (like stealing your ideas). People with healthy levels of confidence will acknowledge that their behavior isn’t always appropriate and even apologize if necessary. They also tend not to let arrogance stop them from learning new things: nothing is ever off limits as far as reaching out goes!

It’s important to know the difference between confidence and arrogance to make sure your business isn’t being hampered by confindence-gone-wrong.

It’s important to know the difference between confidence and arrogance to make sure your business isn’t being hampered by confidence-gone-wrong.

Confident people are more likely to be seen as leaders, take more risks, and tend to be more outgoing than arrogant ones. Arrogant people can ruin a company’s culture, however, so you’ll want to keep an eye out for these red flags:

It’s always good to be confident, but if you’re too arrogant, you could end up hurting your business. It’s important to know the difference between confidence and arrogance so that you can make sure your business isn’t being hampered by confindence-gone-wrong.