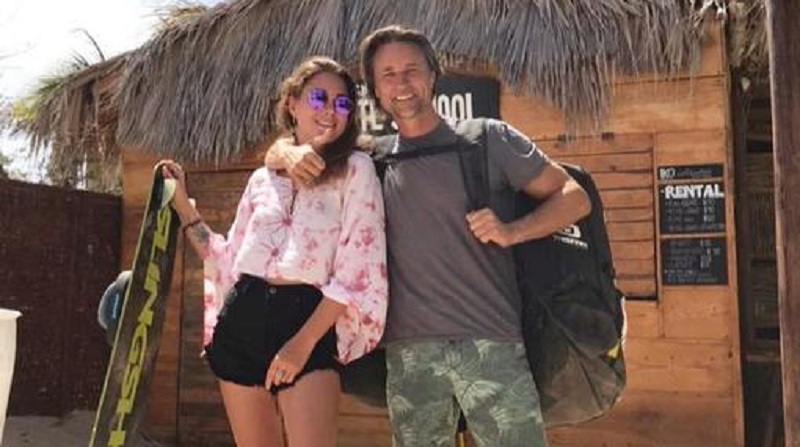 Martin Henderson the New Zealand-born star has dated many leading ladies on screen, acting as the on-screen husband of Jennifer Garner in Miracles From Heaven, and coming together with Britney Spears in the music video for “Toxic.”

But the most anticipated question is that who is his sweetheart in real-life?

Martin has turned 46 and right now the actor is starring in “Virgin River” Netflix show is now dating a woman named Aisha Mendez.

Martin praised Aisha on Instagram in May 2020, posting a video of her getting a “prickle” out of her shoe as they vacationed in Baja California Sur, Mexico.

In the clip, Martin teases his lady love for taking a week to notice the discomfort. “You make me laugh so much, @lalalaisha_,” he wrote in the caption.

The Auckland native praised Aisha again the following month, sharing an Instagram pic of her smiling in Baja. “@lalalaisha_ your smile lights up my days,” he wrote in the caption, adding a red heart emoji.

Ellen Pompeo and Jennifer Garner both commented on the post, as The New Zealand Herald reported. The Grey’s star adding four heart emojis, and the Alias alum wrote, “I’m so happy for you.”

Aisha reciprocated the love in October 2020, celebrating the actor’s 46 birthday. “Happiest of birthdays my darling,” she wrote, uploading a black and white photo of the pair.

Before it, Martin has dated Demi Moore!!!

Previously in 2012, the actor was romancing with Demi Moore, and the pair got caught lunching together and grocery shopping. As per the witnesses, both were very comfortable with each other.

In 2014, however, Martin told the Sunday Herald Sun it was “not fun” having their every move tracked. “I feel for [Demi],” he said. “I feel for anybody who has that level of celebrity where you can’t lead a normal life.”