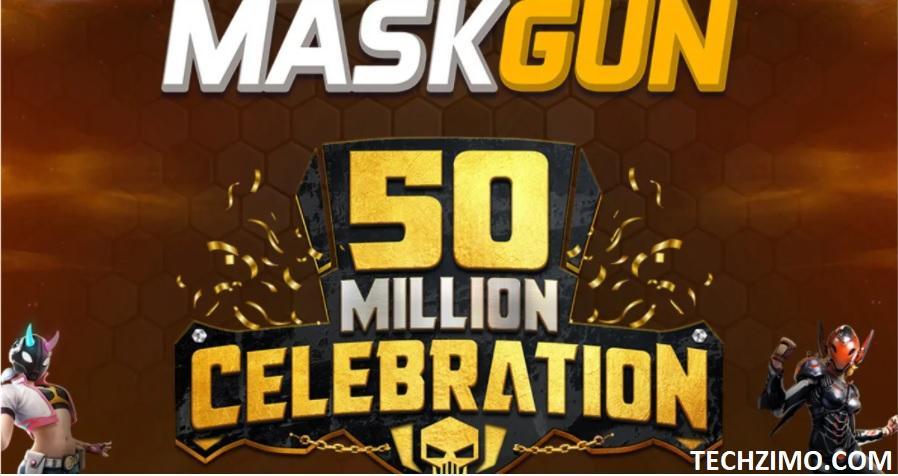 MaskGun has finally crossed the 50 million players milestone. In addition, they also reported that- roughly 56 million players have downloaded the game till now. MaskGun is a multiplayer shooter that allows you to play with your friends. This is much like the Team Deathmatch Mode in Call of Duty Mobile, BGMI, and similar such games.

For the very first time, a game, that is not a board game or cricket game has crossed this milestone. BGMI definitely did cross it but, the PUBG Mobile community in India was already popular. Moreover, Call of Duty is a very popular franchise and hence, Call of Duty Mobile garnering 50 million players easily is understandable as well. However, for a game that is so underrated and yet, played by millions of Indians is something of a huge achievement.

To celebrate the achievement, MaskGun is set to offer 50 hours of double XP and gold in-game this weekend for the first time ever. Another great thing to note here is the fact that this engine is completely developed in-house. Super gaming is actually a fast-growing company mobile gaming in India. They are responsible for several other titles like Devil Amongst Us, Tower Conquest, and more.

The game is available on both the Google Play Store and the App Store, and players can jump in and grab Double XP over this weekend.

Roby John, CEO, and co-founder mentioned in a press assertion:

“When we launched MaskGun we never expected to have the impact it did, and the outpouring of love from the MaskGun family has inspired us to be better. Their support has made the journey to 50 million — and beyond — all worth the while. In the weeks to come, we’ll be highlighting these community heroes as our way of celebrating their stories that our game has been fortunate to play host to in some small way.”