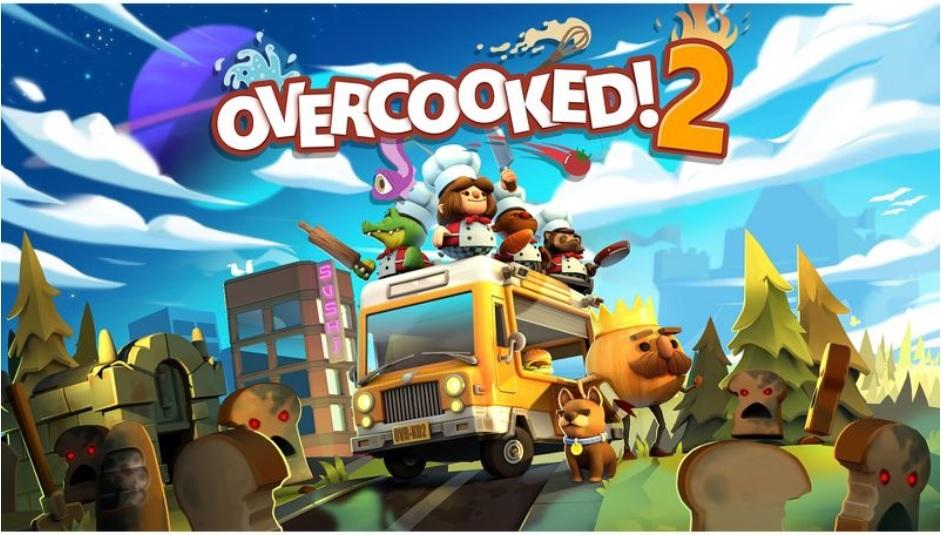 After the immense success of Overcooked on Nintendo Switch, Team17 and Ghost Town Games have brought forward Overcooked 2. The Original Overcooked game was the best and super duper hit among the players. However, the sequel Overcooked 2 brings the Co-op functionality so that you can join your friends online. Overcooked 2 arrives with new levels, new recipes, and the same comedic chops and hyperactive chaos that made the first such an instant classic. Overwatched 2 Switch is so enjoyable that you with three of your friends will roll into laughter.

In this game. players are given the role of Chef where he performed multiple tasks from chopping up raw ingredients, cooking them for just the right amount of time, assembling dishes, and washing up.

Today in this detailed guide, we are going to share everything you need to know about Overwatched 2 for Nintendo Switch. So keep reading the post till the end.

The gameplay of Overcooked 2 is really simple. You need to follow the orders that flash on the top of the screen. Pick up the ingredients, slice them, and serve the food successfully and on time. Players can either earn or lose coins as per their performance. Players will be rewarded with either 1, 2, 3, or no stars.

Although things are not as simple as it appears. As you move further in the game, the difficulty level raises. There are kitchens that contain mechanics such as rollers, movable platforms, disappearing platforms, and conveyor belts. Preparing food on time in such kitchens is a real task.

The best thing about Overcooked 2 for Nintendo Switch is that on a single Switch, you can play with up to 3 more players. It is the most requested feature from the players. Fans really want to know whether Overcooked 2 is Crossplatform or not

Now, you must be wondering, how is it possible?

Well, 2 people may be playing with a single Joy-Con, while the rest have their own Pro Controllers and Joy-Con. Imagine a scenario where you are playing with your family, or friends while sitting in a lobby, what a moment it going to be! The gameplay is so fascinating that players really want to know when Overcooked 3 is going to release.

Players have a choice to either play the game with strangers in the Public lobby or choose to play with their friends. The only downside of playing Overcooked 2 on Nintendo Switch is that it does not support Voice Chat. The only way to communicate with other teammates online is through emotes. Using emotes, you can signal to other players what you’re doing. However, the team is working on it, and you will be able to access this feature in near future.

See also  God of War Ragnarök Release Time: When The Game Will Be Playable

The Players who own Overcooked 2 on Nintendo Switch, can get Overcooked 2! All you can eat at 75 percent discount. The best thing is that this offer has no limitations. So you can avail of this offer till 2024.

Yes! Overcooked 2 does support the Voice chat Feature, however on limited devices. You can communicate with other teammates via Voice Chat on Xbox One and PlayStation 4. Whereas the Nintendo Switch players will need to use third-party chat services such as Skype, or Discord.

Does Overcooked 2 have multiple save slots?

Yes, Overcooked 2 has three save slots on all platforms

Do you need four people to play Overcooked 2?

It is completely your choice. You can play the game entirely solo or with a group of friends. Upto 2 3, or 4 players can play together with a single Joy Con Controller piece. Luckily, this game is multiplayer. So you don’t need to sit in a single room to play this game.

The gameplay of the sequel is quite the same. The changes are new themes, new recipes, new hazards, and more challenges as compared to the original game. This game also includes new chefs that include an Octopus. The significant change is the addition of a new Throw Mechanic. In overcooked 2 you need to toss ingredients, but you need to be very good at tossing in order to complete the level successfully.

Overcooked 2 for Nintendo Switch is really a fun-packed cooking game that you enjoy either with your friends or Strangers online. The original Overcooked was a hit. However, Overcooked 2 improves upon the concepts of the first, adding in new-level themes, more recipes, and additional reasons to yell at your friends when playing! I hope you will find this game really interesting and informative.