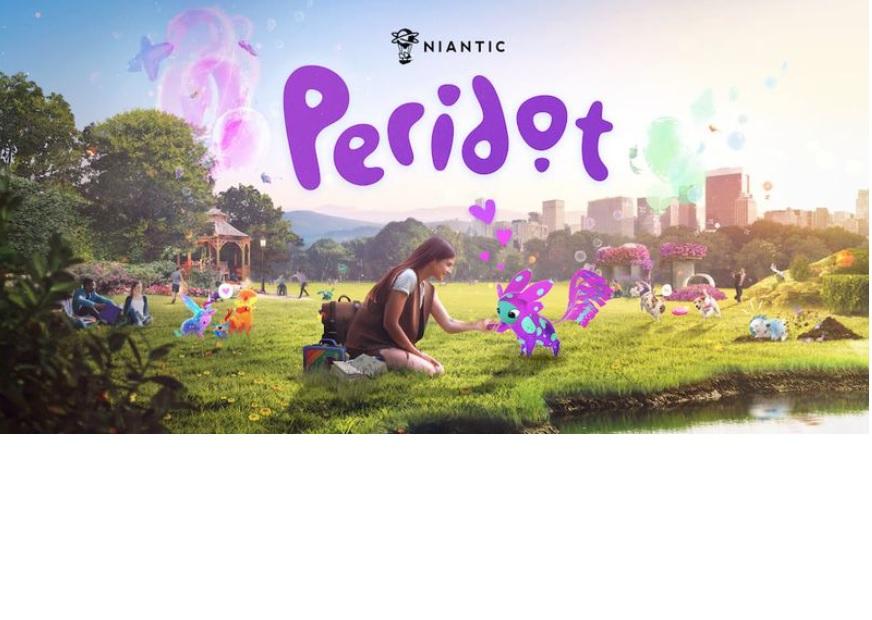 Niantic, the developer behind the blockbuster success Pokémon Go, has announced its next augmented reality game — and once again, it’s full of adorable creatures. Called Peridot, the game is all about caring for and breeding magical critters. It will be Niantic’s first original title since its initial games like Ingress and Ingress Prime. So, without much delay, let’s get into the details. Explaining the premise of the game Niantic said that Peridots are creatures that have woken up after thousands of years of slumber and that they need players’ protection to prevent them from extinction.

Peridot is primarily a virtual pet simulation game in which players will be given the responsibility of raising, nurturing, and breeding these virtual, mystical (and kinda cute) creatures called Peridots or Dots. The creatures look similar to Pokemons, although players will not have to hunt and catch them in the wild. Instead, the players will be provided with their own Peridots, whom they have to raise from their infant stage to adulthood.

In Peridot, players will raise magical beasts called Peridots “that feels real,” Ziah Fogel, the game’s senior producer, said during a press briefing earlier this week. Each Peridot is “100% unique and 100% yours,” Niantic says, differing in visual appearance, personality, likes and dislikes, and abilities. Players will raise Peridots from birth into adulthood, breed them with other Peridots at nests, and create multiple generations of their virtual pets, leading to new discoveries.

Peridot will be played in camera-based augmented reality, using Niantic’s Lightship technology. That AR tech helps Peridots “recognize different real-world surfaces such as dirt, sand, water, grass, and foliage,” Niantic says, from which your pet can forage different types of food. Of course, snapping cute photos of your pet Peridot is also a major draw of playing in AR. Niantic says that players will be able to easily share their Peridot pics on social media, directly from the game.

Coming to the availability, Niantic will begin a soft launch beta testing program for Peridot on both the Google Play Store and the Apple App Store later this month. However, it will only be available for select markets during the beta testing phase. Currently, you can go to the official Peridot website and sign up with your email to get further updates about the game.

PUBG New State collaborates with Among Us for a new mini-game, in-game items, and more