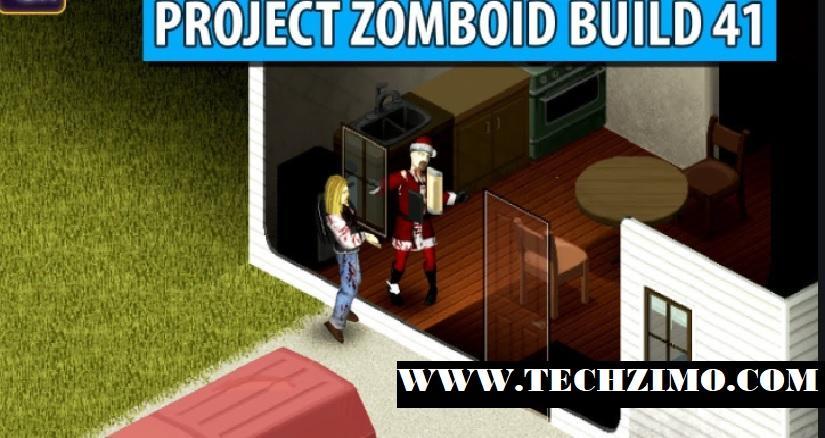 Project Zomboid Build 41 is a popular survival RPG that can be played both solos and with friends in co-op. This game first came into existence in the year 2013 on November 8 in an alpha stage.

If we talk about its developer, then it was developed by Indie Stone and is set in a post-apocalyptic, zombie-infested world where the player is challenged to survive for as long as possible without dying.

This game comes with many exciting features like building houses that can protect you from the horde and will defend you with the help of weapons and other items.

In the month of October of 2018, the game witnessed a stable version of build 40 and now the next build is currently under development which is named build 41.

How to Play Build 41 in Project Zomboid

Now many players ask questions like how to play build 41 in Project Zomboid, if you are also one of those curious players then read out the complete post and you will have your answers ready.

Although Build 41 is not the most recent version of Project Zomboid but is still considered as one of the most important updates till now.  Alongside it, there are many other changes approximately 20 updates have been performed to the game till now. Let’s have a look at some of them.

The newly introduced engine and gameplay differences have changed the entire outlook of the game. But these newly introduced things have changed many aspects of the game like the older versions of the game are not compatible with them. Although makers are trying hard to make it universal and also solve the problem by introducing a classic version of it. This classic version allows all the ardent gamers to continue playing the modded versions of Project zomboid simultaneously playing on the new versions.

In fact, the makers and developers are also continuously working in this direction and making important decisions on a regular basis so that the transition from older versions to Build 41 can be smooth, and then later on they can plan the transition to Build 42 as well.  For this, the update involves switching to Java 15 and LWJGL (3.2.3). The upgrades will let the game use OpenGL/Vulkan technology, effectively modernizing the game.

If you are planning to switch to the Build 41 bets version from the stable release, then trust us, this is one of the simplest processes. The makers have put lots of effort into making it an incredible one. And you know what’s the best part about it?  here you have to disable your existing Project Zomboid mods to continue with the latest one. Other than being incompatible, they may cause problems accessing the Build 41 beta.

Now after disabling your mods, the player needs to follow the steps given below :

Now, most of the time what happens is that mods usually don’t cause any problem. Since the Indie Stone also advised a complete reinstall after deleting your installation and user folders.

But in case there is no such problem, then you can go ahead with Build 41. As all the work saved by Build 40 will not work on build 41. But you have full liberty to know about the new mechanics, graphical overhauls, and much more.

How To Play Multiplayer in Build 41

Moreover, The Indie Stone also said that native multiplayer would remain unavailable because it was unstable initially. Right now, we don’t have any way to play in multiplayer mode yet.  But this came as a disappointment to many users, as initially, the developers said that the system needs to be released when everything is ready.

But you don’t have to worry, there are still two ways to play multiplayer in Build 41.  Just remember one thing, that this method will work only during modification of the game. It can be a threat to your game, so you are advised to stay careful before proceeding anywhere.

You must be aware that right now up to 4 players can play together in the game. Here you can invite your friends it may not be possible due to distance or other factors. That said, Steam Remote Play can solve your problem.

If you want to play multiplayer mode in project Zomboid over steam Play together, then follow the steps given below :

Stay tuned for more such updates 🙂