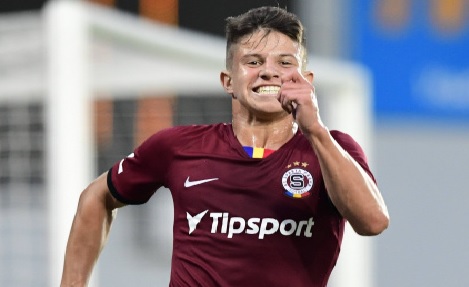 Some sports titles have been left in limbo as a result of the generational shift to PS5 and Xbox Series X: little doubt the best is yet to come from NBA 2K22 and NHL 22. However, 2021 is still a fantastic year to play sports games. Old favorites like Rocket League and Fight Night Champion are still going strong, while newcomers like Art of Rally and Lonely Mountains Downhill defy expectations and have been listed among the most popular sports games in the world today.

While the pick-up-and-play home run batting brings accessibility, it’s the expanded franchise mode that offers surprising longevity: while it’s simpler than, say, MLB The Show 21 (which may well eke its way onto this list later this year), it still provides the perfect balance of player profession and managerial strategizing. It’s especially enjoyable on the Nintendo Switch, which, for all of its charms, lacks top-tier sports offerings. A huge swing and a massive hit.

For years, one of the most common accusations leveled at the FIFA franchise — or any sports game, for that matter — has been that nothing changes from year to year. Especially for a game that aspires to be a recreation of a sport such as soccer. When it comes to FIFA, one of the most common criticisms has been the series’ overreliance on modes like FUT, which appear to be designed solely to extract money from fans.

Thankfully, with the recent release of FIFA 22, things appear to be turning around. This year, EA Sports not only released a refined and updated game, but the innovations included making significant adjustments to pre-existing modes.

FIFA 22 improves the way the game works and, more importantly, makes the game feel even better while you play it. Add in some major adjustments to modes like Career Mode, and FIFA 22 is a significant step forward from previous editions.

Play with a team of your choice or making, and make it all the way to the Super Bowl if you’re determined enough to grasp the game’s mechanics. They take just long enough, in fact, to feel the benefits soaking through. That’s because you’ll be managing your own side in addition to competing on the field. Create your own offensive and score as many touchdowns as you want.

Madden NFL is available for free on Google Play and App store. Take it out on your wallet if you’re in the mood for some real action. There are plenty of microtransactions for everyone.

It’s a shame Art of Rally didn’t get the recognition it deserved when it was released in September 2020, since it’s one of the most stylish and beautiful racing games to date. This is an independent game about rallying’s “golden period,” with tons of historic vehicles, including a few from the famed Group B category.

Instead of putting you in the driver’s seat, Art of Rally has a top-down approach, similar to Micro Machines, but without the power-ups. It’s still a difficult game to master, with lots of tactics to pick up along the way, such as counter-steering and the Scandinavian flip, as you go through 60 stages from Norway to Japan. One of the great hidden smashes of 2020.

Nostalgia has an uncanny ability to deceive you. If you fire up the original Tony Hawk’s series on PlayStation, your hazy recollections of guzzling Red Bull and listening to Goldfinger on repeat are likely to disappear. It’s clumsy, clunky, and lacks the smoothness that future THPS efforts will have.

Vicarious Visions was faced with the almost difficult challenge of recreating a great series as it appeared in your mind’s eye all those years ago. It not only succeeds, but it also improves on one of the most popular sports franchises ever created. Later skills, such as reverts, are incorporated to aid improved flow, while online multiplayer recreates the bragging rights sessions huddled around a CRT TV all those years ago. ‘This is Tony Hawk’s vital experience.’ Enough said.

Get yourself a copy of the finest sports game you’ve never played as soon as possible. You speed-run a cube-man cyclist across four mountains’ worth of difficult, lasting courses, juxtaposing terrible fatalities with magnificent landscapes.

Each death is cruel, amusing, and educational, as you continuously alter your routes in order to smash your best time rather than your kneecaps. Controls are basic but effective, unlockables are abundant, and evenings spent playing “just one more race” are common. It’s freaking fantastic in every way.

Some concepts are so elegantly basic that it’s difficult to imagine a world without them. One such game is Rocket League. Rocket League, which debuted in 2015 (and was, incidentally, free with PS Plus), pits teams of up to four players against each other in a game that is effectively “soccer with cars.”

The most appealing aspect of Rocket League is its ease of use. There is a single button for driving, jumping, and boosting. The rest is up to you, including the almost limitless meta skill ceiling incorporating flips, floating leaps, and seal-like ball accuracy. The fact that it’s still going strong speaks much about developer Psyonix’s ability to tinker with the addictive formula. New vehicles, celebrations, and variations on the original formula ensure that this is a game that will be talked about well into the twenty-first century.