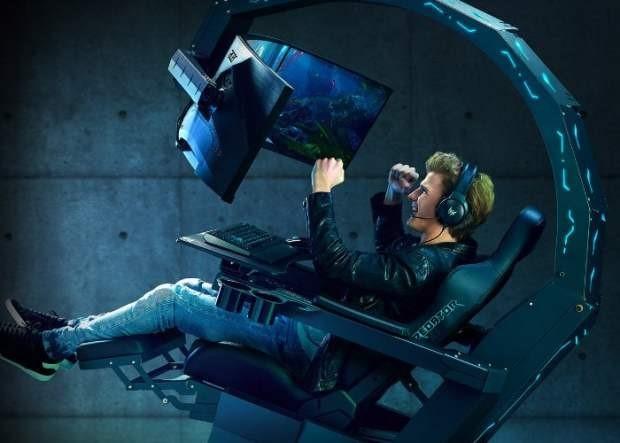 There was a time when gaming laptops were synonymous with chunky chassis, massive power bricks and tacky design elements that almost nobody actually wanted. But today’s top contenders are different. You can now find laptops with powerful hardware in sleek and slim shells that won’t look out of place at a business meeting.

Modern gaming laptops feature fast displays, satisfying keyboards, silent cooling systems and top-tier GPUs capable of running the most demanding titles without skipping a frame. However, not all manufacturers in this space have access to the same technology and expertise. There are only a few companies that get the formula just right.

In this guide, we’ll explore the best laptop brands for online gaming.

Founded over 20 years ago, Razer quickly established a reputation for their unrivalled gaming mice and keyboards. Their iconic green three-headed snake logo is instantly recognisable, and since 2012, it can be found on one of the most popular lines of high-end gaming laptops in the industry.

It all started with the Razer Blade, which pioneered the shift towards cleaner, slimmer laptop designs for gamers, taking the title of the thinnest gaming laptop at the time. The Razer Blade 15 is its modern successor, albeit not the cheapest option on the market.

If you’re looking for something a little more affordable, then ASUS gaming laptops are worth considering. The company’s TUF Gaming line offers impressive value for money, with more than enough power for light gaming and daily tasks. Whether you enjoy the classics like Minecraft or casino games that offer features like no deposit bonuses available in Canada, this laptop can easily handle it.

On the more costly side of the ASUS gaming lineup is the ROG (Republic of Gamers) range, which has been well-received by gamers for reliability and performance.

Another popular gaming brand is Lenovo, whose Legion series of laptops feature striking designs and up to 16 inches of screen real estate. The Y520 and Y720 models are particularly popular, with Intel core processors, Nvidia graphics and various additional options including backlit keyboards.

When money is no object, MSI gaming laptops are the way to go. Take the GS66 Stealth, for example. It’s packed with a 10th gen Intel i9 CPU, Nvidia RTX 2080 GPU and as much RAM and SSD storage as your budget can allow for. These machines are also suitable for gamers who prefer discrete designs finished with a hint of RGB lighting.

Alienware is often called the Lamborghini of laptops. This is especially evident in the hexagonal design language of their shells, which are finished with customisable lighting and come in a range of themes. The supercar similarities continue on the spec sheet, as you can fit your Alienware with desktop-level components that will tear through any game.

A few other brands to consider are Acer, HP, XMG and Metabox. Take a look around and see which option best aligns with your budget and preferences.