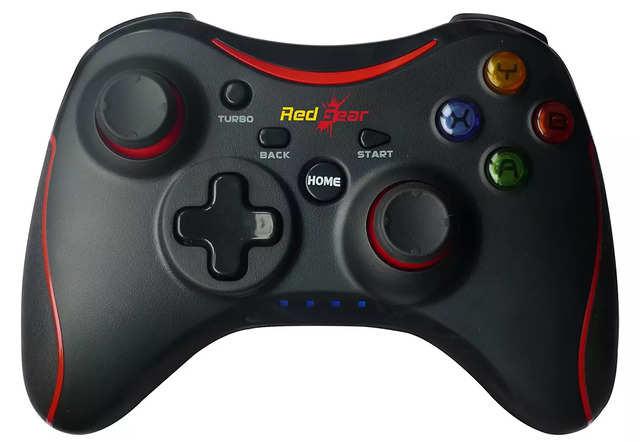 In 2022, a gamepad is needed not only for connecting to game consoles and PCs. They are used in mobile gaming with smartphones, tablets, TV set-top boxes, and so on. So that you do not get confused in the variety of models, we have collected the ten best, in our opinion, wireless gamepads. Importantly! The list does not include well-known controllers from PlayStation and Xbox, but there are other, no less cool, and popular options. You will be able to choose the best option for yourself and enjoy playing Game Karma.

MSI Force GC30 V2 looks neat and stylish. The gamepad works with PC and Android via Bluetooth or cable connection. The model is equipped with two cables, and the crossbars can be changed. The 600 mAh battery is responsible for the autonomous operation of the model, which is enough for up to 8 hours of gameplay. A gamepad will cost $45.

The popular iPega PG-9156 universal gamepad is on sale at a price of $36. In design and shape, it resembles the classic Dual Shock from Sony. There are lighting sticks. The controller works with a PC, Android, and iOS, connecting via Bluetooth or using a phone. The iPega PG-9156 has a flip-up mount for a smartphone. The built-in battery with a capacity of 380 mAh is responsible for the battery life. They promise that this will be enough for 15 hours of use.

Logitech Wireless Gamepad F710 is not good for everyone, but a classic and popular gamepad that is already ten years old. At first, there was a wired model, but then they made this one as well. By design, it is a mixture of DualShock and Xbox controllers. Logitech Wireless Gamepad F710 connects only to the PC. There is a button to switch between XInput and DirectInput modes. We did not forget about vibrations. There is no built-in battery, so the gamepad runs on two AA finger batteries. They ask for the model for $59.

If you like the design of the above model and want to spend less money, then there is the Havit HV-G145BT. For a price starting at $13, the user gets a nice design, a vibration motor, the versatility of connecting via Bluetooth (PC, Android, iOS, AppleTV), and battery operation.

The GameSir G4 Pro controller looks stylish and modern, copying the Xbox model in the form factor. The gamepad connects via a radio module or Bluetooth to a PC, Android, Nintendo Switch, and PlayStation 4. The case has mode indicators and an illuminated Turbo button. GameSir G4 Pro is powered by a built-in battery and charged via a USB Type-C port. There is a mount for a smartphone. The model is sold at a price of $81, but on AliExpress it can be grabbed for almost twice as cheap.

Sven GC-5070 is a budget copy of the Microsoft Xbox One gamepad. The controller works with PC, Android, and PlayStation 3 via a USB receiver or, if necessary, via an OTG cable. Body made of ABS plastic with Soft-touch coating. Sven GC-5070 is equipped with a vibration motor and supports operation in D-input and X-Input modes. The model works from a built-in battery. One charge is enough for 7-10 hours of play. The controller is sold at a price of $25.

See also  Android 13: Pixel wireless charging stopped as soon as it was updated