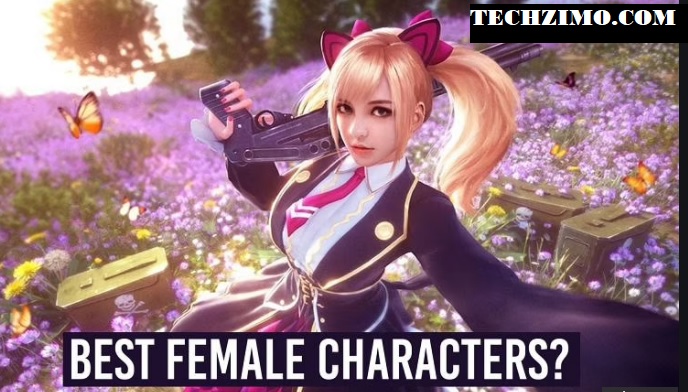 Laura’s passive ability, Sharp Shooter, allows her to increase a weapon’s accuracy by 10 when players are scoped in.

This is a commendable ability to use, as it allows the players to take accurate shots to eliminate opponents easily and quickly on the battlefield.

Steffie Hacker’s Eye is a passive ability that can tag enemies at her initial levels and shares the info with allies. When players level up the power of Steffie, the duration of the tag increases. Steffie’s ability can be very beneficial at certain times.

Kelly is a subtle character who has been, in the game for a long time. At her level 1 ability, she can locate the position of enemies within 30m who are not in a prone or squat position and share the information with teammates (level 4). Her effects last for five seconds with a CD of 50s.

Her passive ability is known as Deadly Velocity which is auto-activated when the player is sprinting for seven seconds. Once activated, the first shot inflicts 110% more damage and it lasts for 5 seconds.

If you like to roam around the map and play stealthily while covering your team, this character might be the one for you.

Dasha is undoubtedly the best character in Free Fire 2021 thanks to his powerful ability named Drop the Beat which generates an aura of 5m, extending the allies’ movement speed by 15%, and reviving five HP for 10 seconds.

Kapella is a great choice for the Clash Squad mode because of her capabilities. Healing Song increases the effects of healing items and skills by 10% and reduces the HP loss when they are down by 20%. Her abilities increase significantly when maximized and leveled up.