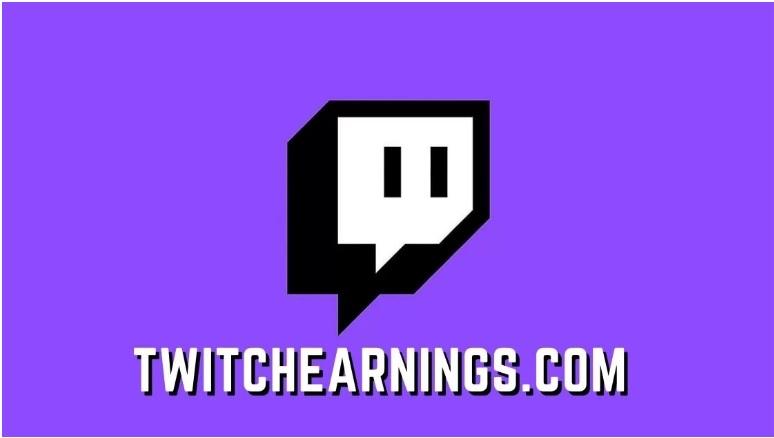 Twitch has been one of the most popular and loved platforms for gamers throughout the world. It’s a closed universe where semi-anonymous teens become low-key celebrities off the back of their charm and gaming prowess. Thinking about what will be the earnings of famous Twitch Streamers? To know every recent Twitch leak, Twitchearnings.com is the perfect place.

It is clear by now that the scope of the gaming industry is evolving tremendously in an unprecedented way. Twitch has been added to the list of top online media sources, alongside YouTube and many other such services. Anyone can create any content on this platform. The earnings of the various video streamers have left everyone in awe.

Twitch is one of the top sources of online media consumption, alongside other streaming services and YouTube. Everyone has a chance to create their own content on Twitch, allowing the platform to have millions of different channels tailored for an infinite number of styles and likes.

The most popular streamers on Twitch have follower counts that surpass the populations of countries. Twitchearnings is the platform that leaks most confidential files, including the details of popular Twitch Streamer’s earnings. According to the recent Twitch leak, a popular Streamer can earn up to $5 million a year by playing video games online on Twitch.

Twitchearnings arrives with the Twitch Earnings Leaderboard that provides how much money top Twitch Streamers are paid. Besides their earnings, the leak revealed sensitive information like streamers’ passwords and previous versions of the site.

Why Twitchearnings.com is getting popular?

Twitchearnings.com reveals that CriticalRole has received more than $9.6m since 2019, with 81 of the top 100 earners receiving more than a million dollars from donations and subs.

Some of the biggest names in the top 50 include risque hot tub occupant Amouranth ($1.4m), Sonic the Hedgehog look alike Ninja ($1.4m), Escape from Tarkov streamer DrLupo ($1.9m) and recent New World convert shroud ($2.0m). There are five Twitch streamers that have earned more than $5m since 2019. NICKMERCS, Tfue, summit1g, xQcOW, with CriticalRole at the top of the earnings tree with close to $10m in the bank.  However, it does not include the amount they earn through donations, sponsorships, or merch sales.

Who is the highest-paid Twitch Streamer?

Critical role tops the list as it has earned revenue of $9,626,712.16 in the last two years. The interesting thing about Critical role is that he only streams a few hours annually that other streamers do in a month.

He earns due to its large subscriptions. Critical Role has its channel set up where the audience can view VODs. Subscribers can view the videos only once they have paid for them.

The channel’s subs are not huge, the count is 13,440, according to the data available on Twitch Tracker.

Though its top subscription count has reached 57,765. The channel gets a part of the revenue earned from advertisements and subscriptions, the division is done as per the agreement.

Here is a list of the top 20 Twitch streamers and how much they have earned since September 2019. Notably, the amount value below has been revealed in the recent leaks.

Want to know the monthly payout of the popular Twitch streamers then you must check out the following list. The following list reveals the name of top Twitch Streamers and the amount of money they have earned in the month of September this year. Well, this is everything you need to know about Twitchearnings.com. I hope you find the post interesting. There are many users that reveal that when they try to visit Titchearning.com in order to know the earnings of famous streamers. They are requested to visit Twitchpayouts.com rather than Twitchearnings. com. The website Twitchearnings.com seems to have been taken down either by Google or the developer of the site as it is not showing on Google.

Thanks for reading and keep sharing!!

Also read: Xresolver: How to Blacklist, Boot and Use Xbox (Complete Guide)