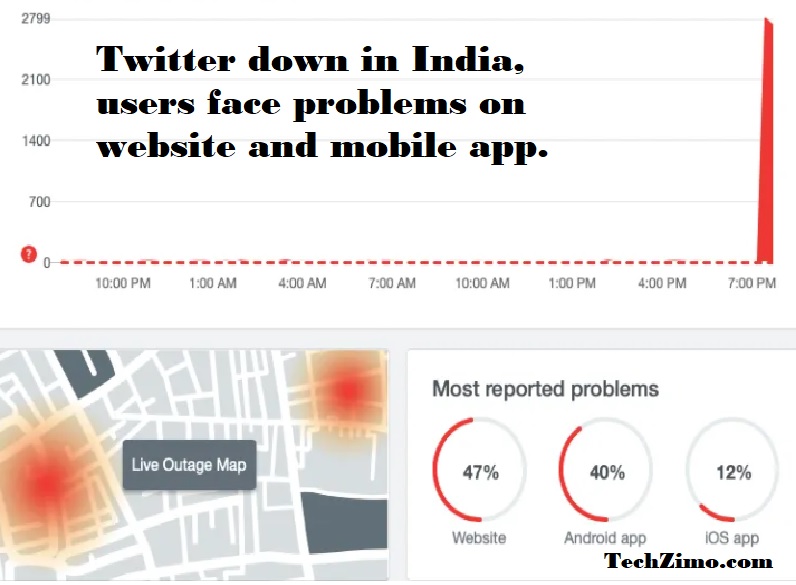 Twitter is working fine on iPhone, while Android version is loading slowly and taking time. The same problem is on the desktop as well.

At the time of writing, Downdetector showed complaints from over 900 users in India. The outage seems to be hitting the website and mobile app.

Users are facing a lot of problems. Opening new page of Twitter on electronic devices including mobile, computer and laptop, refreshing the page and login problems.

Troubled by the server down, users are expressing their anger on Facebook, Instagram and WhatsApp. Various memes relating to down is also shared on social media.

On October 28 last year also, the Twitter server was down, due to which users had a lot of trouble. At that time it was down in many countries of Asia including Malaysia and Indonesia.

The actual reason behind the outage is currently unknown. Twitter is yet to put out a statement regarding this outage. Twitter’s official Status website claims that the main website is operational. However, some users report facing an outage on the website as well as the mobile app.

We will update this space as soon as we hear about any developments.